For the first time in 2007, the Parapans were held in the same city as the Pan American Games, creating a blueprint for future Games. 30 Aug 2014
Imagen 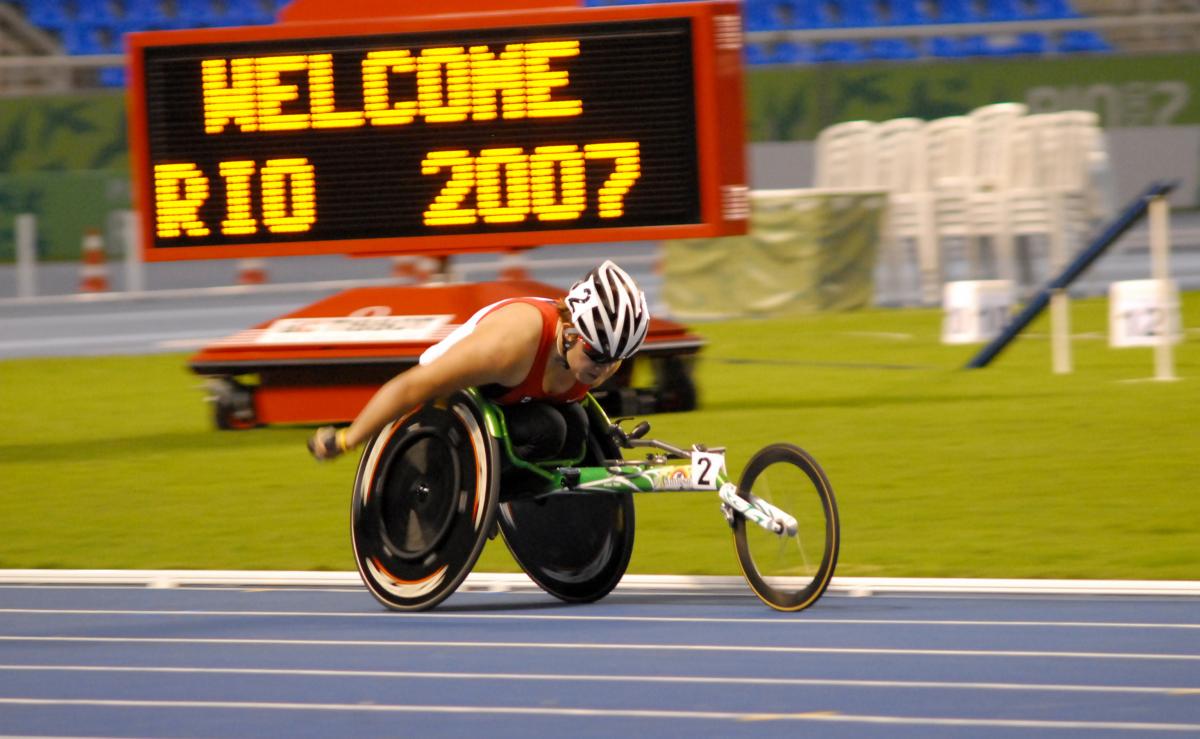 A wheelchair racer in action at the 2007 Parapan American Games.

The Parapan American Games, a multi-sport event for para-athletes in the Americas, were first staged in 1999 in Mexico City, Mexico, and have been held every four years since.

From the start the Organising Committee, led by IOC member Carlos Nuzman, vowed that the Games would be handled in the same way as the Pan American Games, making the event an opportunity to promote and value Paralympic sport across the Americas.

The Games featured a record 1,115 athletes and thanks to the waiving of the entry fee for National Paralympic Committees, a record 25 countries took part.

The 10 sports that were included in the Games each had a qualification criteria. This ensured a high level of competition and, for the first time ever, many of the competitions acted as qualifiers for the Beijing 2008 Paralympic Games. This made the competitions more attractive for athletes and expanded their recognition within the international community.

For many athletes the Games were an opportunity to be classified, face their main opponents, compete in newly built top-class facilities and be involved in a large scale sporting event.

Excellent sporting performances in all sports resulted in 26 world and 73 Parapan American records.

A total of 5,000 volunteers helped deliver the Games, including a number with an impairment.

Accommodation was provided in the same village that hosted the Pan American Games athletes. Therefore the venues were arranged to meet the accessibility needs of the athletes and teams.

The Games provided a significant breakthrough for the growth of the Paralympic Movement in the Americas and also for the city of Rio.

Four years after the success of Rio 2007, Guadalajara, Mexico, staged the second integrated Parapan American Games which took place soon after the Parapans.

In 2015, Toronto will stage the biggest ever Parapan American Games, welcoming 1,600 athletes from 28 countries. All 15 sports will act as qualifiers for Rio 2016.

The logo of the Rio 2007 Parapan American Games