Brazil’s football 7-a-side team has somehow broken the hegemony of the top three teams in the world – Ukraine, Russia and Iran. 21 Nov 2013
Imagen 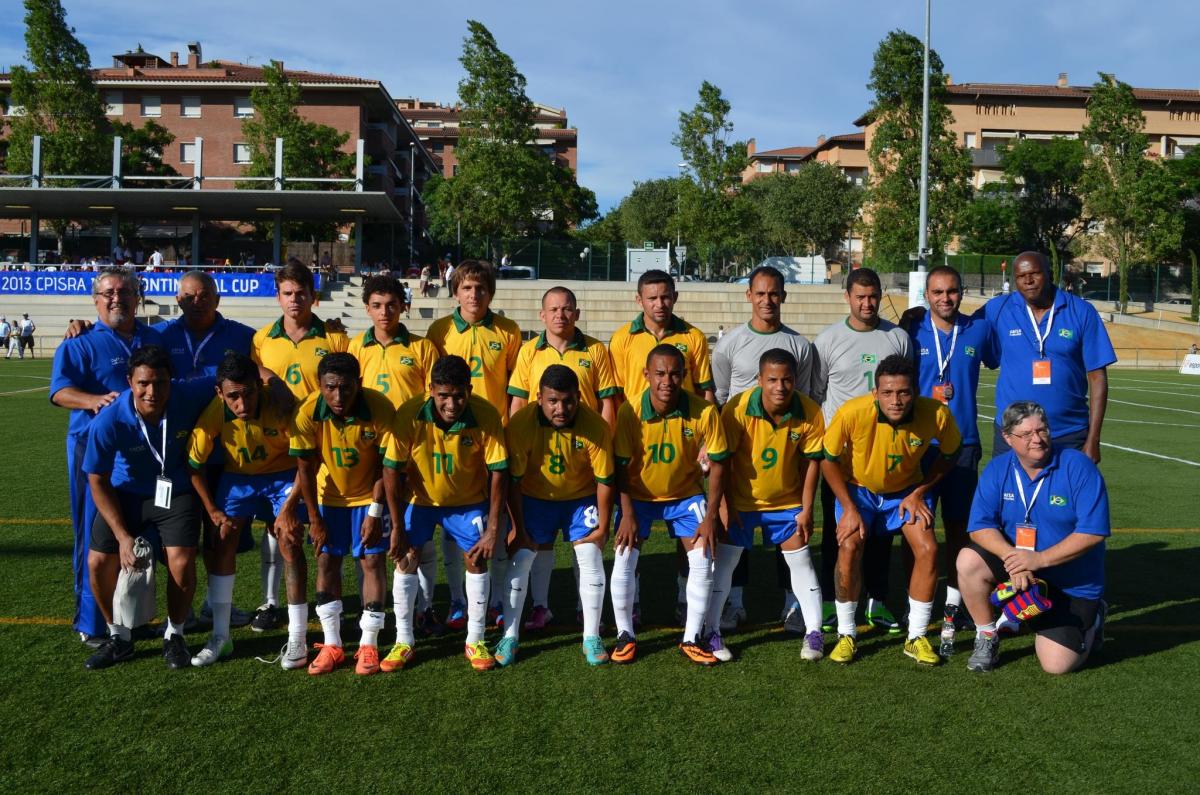 ⒸNPC Brazil
By Tom Bestwick | For the IPC

“Winning that game against Russia was a tremendous step in our preparation to Rio 2016. Some members of the other teams came to talk to us and say how good we were playing and how happy they were because finally a team could break the hegemony of Russia and Ukraine in football 7-a-side.”

For years, Ukraine, Russia and Iran have consistently been the dominant trio in football 7-a-side, but is that trio about to become a quartet?

The Brazil national football 7-a-side team continue to grow, and their performances at the 2013 Intercontinental Cup, which took place in Barcelona, Spain, have done nothing to retract that statement.

Their dominance in August was there for all to see right from the start of the tournament.

After easing past a group that contained their South American rivals, Argentina, as well as Great Britain and Ireland – and after scoring 26 goals and conceding none in the process – to make it through to the knockout stages, Brazil displayed all their qualities to defeat the USA, 6-0, in the quarter-finals.

It was in the semi-final, though, where this current crop of Brazilian stars showed how far they have come after beating London 2012 gold medallists Russia, 2-0, to book a place in the final against Ukraine.

It was a significant victory for Brazil, not only because they booked a place at the World Championships, but also because they are now seen as genuine contenders to upset the balance of power.

“Mainly for our team, we are aiming for 2016, and after beating a team like Russia, it proved that Brazil is in the right place to get to the podium at (the Rio 2016 Paralympics).

Despite losing 1-0 to Ukraine in the final, Brazil’s Wanderson Silva was named the tournament’s MVP and the London 2012 fourth-place finishers are on good track to potentially medal now at Rio 2016.

“I am very pleased with the participation of our team because we played toe-to-toe with the best teams on the international stage,” said Brazilian head coach Claudio Diehl.

“We have much to improve on what is already being done, but everything indicates that Brazil will challenge to be the biggest and the best.

“Winning that game against Russia was a tremendous step in our preparation to Rio 2016. Some members of the other teams came to talk to us and say how good we were playing and how happy they were because finally a team could break the hegemony of Russia and Ukraine in football 7-a-side.”

Russian 7-a-side captain Ivan Potekhin believes Brazil represent a genuine threat to Ukraine, Iran and his team, and also went as far as saying he considers Brazil to be the favourites for the Rio 2016 Paralympic Games.

“Of course we were very disappointed after the game against Brazil,” Potekhin said. “That game we played very bad. We could not stop our emotions during the game and Brazil played very well.

“I think at the moment Ukraine is the best one, Brazil and Iran second, and Russia really need to work hard to be in the top three. In Rio, Brazil will be the main favourite because they will play at home.”