No. 48: A Russian golden goal seals victory in football 7-a-side

When Russia’s Eduard Ramonov found the back of the net in London, his goal won his country’s first football 7-a-side gold medal since Sydney 2000. 14 Nov 2012
Imagen 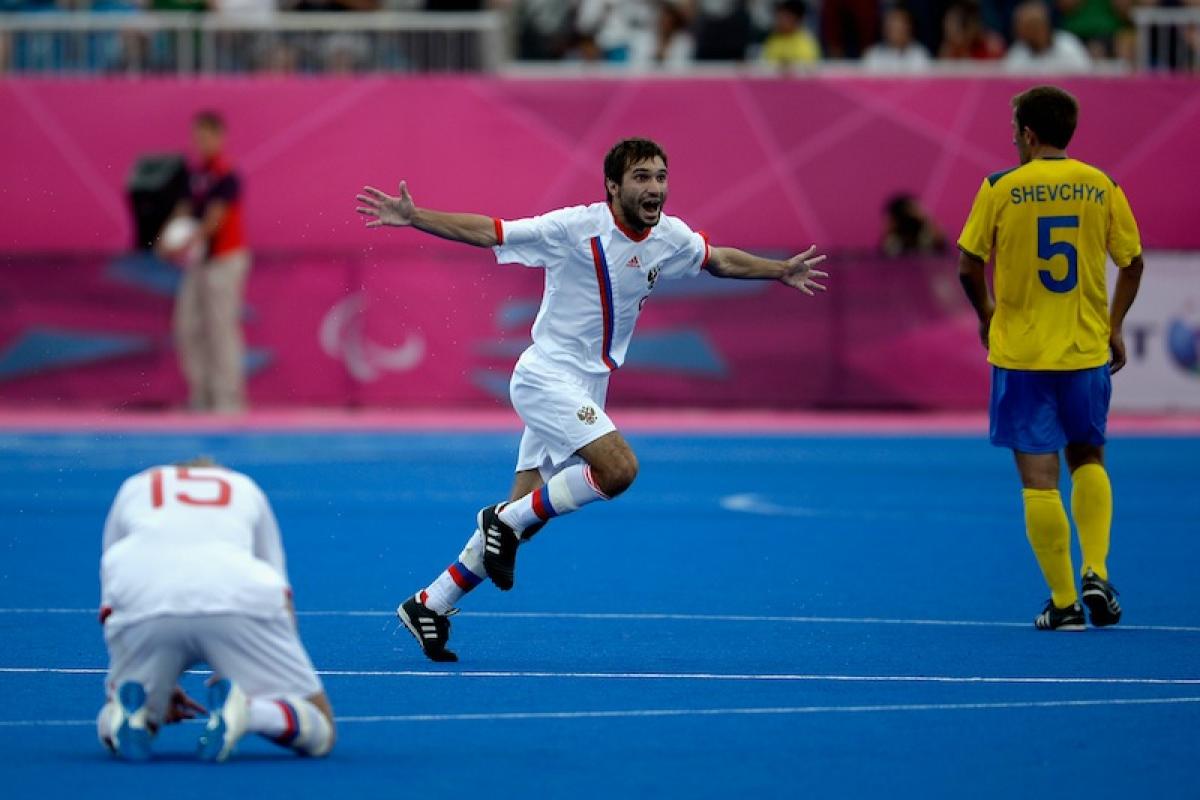 “After the game if was difficult to hold the tears of joy and pride for Russia as I heard our anthem.”

Most people crack open a bottle of champagne or throw a big party to celebrate a long-awaited sporting victory. But when the Russian team won the football 7-a-side competition at London 2012, their revelry was surprisingly modest – especially when you consider they had not topped the podium since Sydney 2000.

They put the kettle on and tucked into tea and cakes.

“But these were the first cakes we were able to taste during the entire year,” explained Eduard Ramonov, who clinched the winning goal. “We were on a very strict diet before the 2012 London Summer Games.”

Ramonov’s solitary strike was enough to earn Russia a gold medal as they triumphed 1-0 win over defending champions Ukraine in the final.

It was not an easy match. The Russians had an uphill struggle and spent a lot of time defending.

But the only serious attack from Ukraine, Paralympic champions at Athens 2004 and Beijing 2008, came when the first half ended with Volodymyr Antoniuk's shot being deflected wide for a corner.

Antoniuk always admitted that beating Russia would be a tall task.

“That’s a very good team, complete with very good players in all positions,” he said. “They are strong competitors in all the points – tactical, physical conditioning and technical.”

The Russians controlled the majority of the first half and were again on the front foot in the second.

Ramonov broke the deadlock with the deciding goal on 44 minutes. He sprinted to reach a high ball over the top of the Ukrainian defence, and with great technique and skill, buried his shot into the bottom corner with a fine finish.

“These were the happiest seconds, too difficult to describe,” said Ramonov. “Then, I did not know yet that this touchdown was final. We were prepared for tense and hard final.”

Ukraine kept driving forward to try and find an equaliser to force extra-time but Russia held on for the all-important victory. At the final whistle, they piled on top of each other to celebrate.

“After the game if was difficult to hold the tears of joy and pride for Russia as I heard our anthem,” said Ramanov. “I felt great happiness and joy.

“The stadium was great and I liked the entire atmosphere. It was great to see tribunes full of people! I felt a lot support from our fans.” 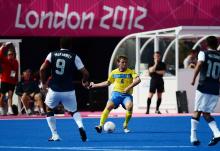