The Agitos Foundation is helping to support para-sport in Haiti on 17 October of each year. 10 Apr 2014
Imagen 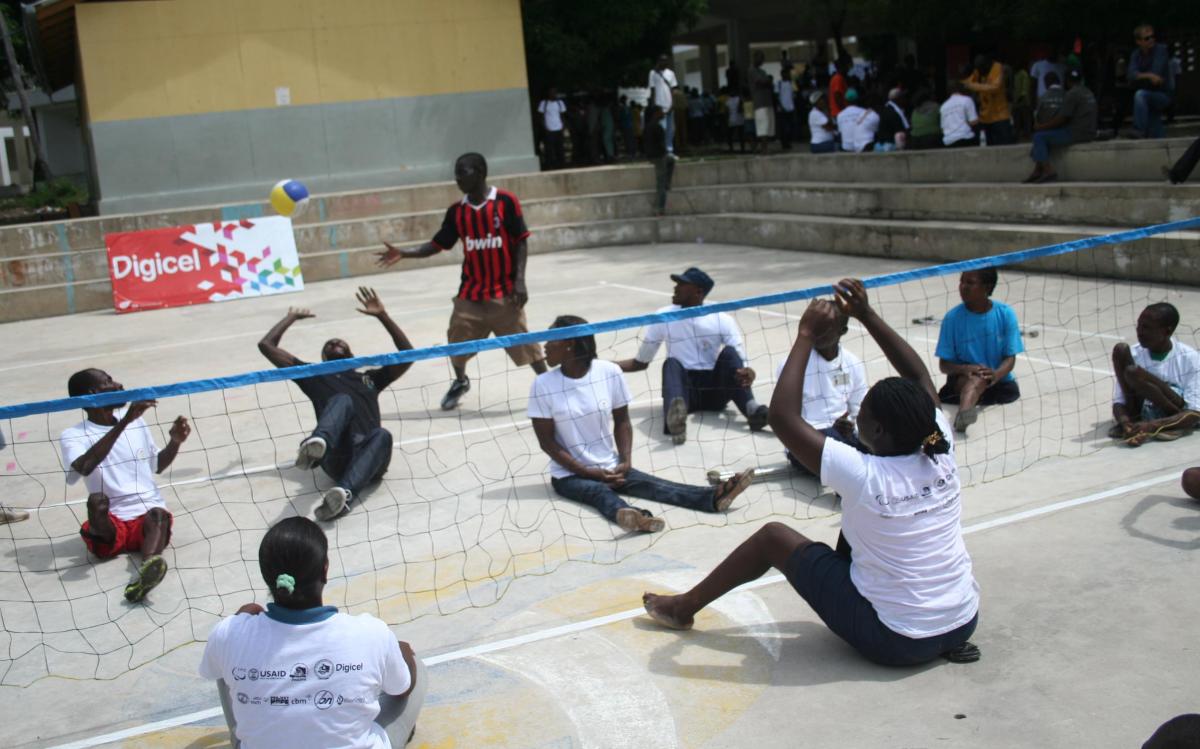 Locals take part in a sitting volleyball demonstration in Haiti.

The national event has favoured the development of the Paralympic Movement in Haiti, while at the same time contributing to social diversity, a key factor to unification and peace in the community.

The severity of the earthquake in Haiti on 12 January 2010 has caused at least a 20 per cent increase in the number of people in the population with impairments. Many young people left the capital Port-au-Prince and neighbouring cities affected by this natural disaster to go and hide in rural sectors following their amputations or acquirement of impairments.

Consequently, they have abandoned their school or work since they now feel ashamed of their appearance and believe they are worthless in the society.

Due to this critical situation, it was more than necessary to find a way to reinforce the self-esteem of these newly impaired and contribute to their re-integration into their communities. Aligned to this mission, NPC Haiti have used para-sports as a platform of expression to value people with an impairment and to promote their rights to practice sports

In 2012, the Agitos Foundation provided the support to hold “National Handisport Competition Day” on 17 October each year in Haiti.

The national event has favoured the development of the Paralympic Movement in Haiti, while at the same time contributing to social diversity, a key factor to unification and peace in the community.

As a result, each year NPC Haiti faces the challenge of too many people wanting to participate in the programme. It turns out to be a yearly meeting for the prior participants and a dream for those who heard or have watched the programme through any of the 18 media outlets that regularly cover the recreational and competitive activities during the national day.

This provides a great visibility to the general public to appreciate people with imapirments and value and appreciate their sporting talents.