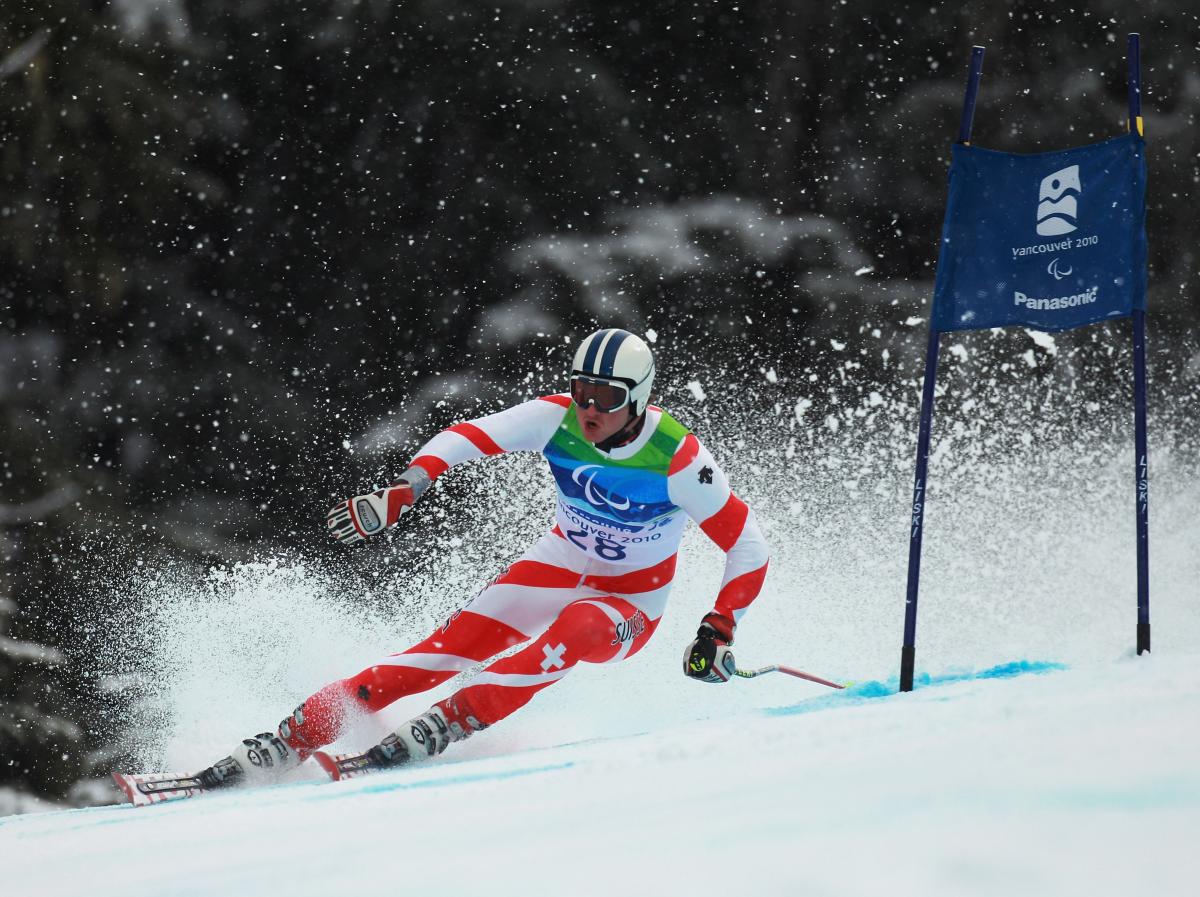 "Last season I was only using one arm and now I use both arms, and that gives me a better position on the skis."

Over the next few months, Switzerland’s up-coming para-skiing talent Thomas Pfyl will try out a new slalom technique, which will see him use his paralyzed right arm more.

If the new technique makes him faster, he will introduce it to competitions this season in hopes of beating his rivals, such as France’s three-time Paralympic medal winner Vincent Gauthier-Manuel.

“At the moment, I have a new technique in slalom and I have a lot of slalom training days,” said Pfyl, who has been skiing since the age of four.

“It’s difficult to explain the new technique. Last season I was only using one arm and now I use both arms, and that gives me a better position on the skis,” said Pfyl, whose right arm has been paralyzed since birth due to a condition called hemiplegia.

“With this new technique, the carving action is better. Controlling the skis is better. I’m more in control,” he said, but was still non-committal about whether he would be ready to use the new technique in competition this season.

“At the beginning the new technique was difficult and now I’m getting better. Until December, I have some time, and by then I think I’ll be good,” the 24-year-old said, referring to the first IPC Alpine Skiing European Cup event in Pitztal, Germany.

Now that Gerd Schönfelder – a legendary athlete who Pfyl holds in very high regard – has retired, he sees his main rival as Gauthier-Manuel, who plans to try out a new prosthetic arm this season.

“Vincent was the best skier last season and I think in the next season he will also be fast. He is the biggest rival for me,” said Pfyl.

If the new technique does turn out to be quicker, Pfyl will adopt it once the competitions start, with the hope that it will lead him to a podium position in the World Cup, which begins in Italy in January.

“The World Cup is my purpose and the European Cup is just preparations for that.

“My last season was really good and I hope I will be in the top three in the World Cup.

“At the moment I feel good and I hope that in December, January, February and March, I hope I will feel good, too. I think if I don’t get injured, I’ll do well.”