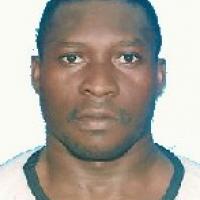 When and where did you begin this sport?
He took up para-athletics in 2008. He had previously tried basketball and powerlifting.
Why this sport?
He was encouraged to get active by an association for people with an impairment.
Club / Team
Nuevos Horizontes: Cali, COL

Nicknames
Tyson (elpueblo.com.co, 30 Aug 2012)
Memorable sporting achievement
Competing at major international events such as the 2015 Parapan American Games in Toronto, ON, Canada, the 2013 World Championships in Lyon France, and the 2012 Paralympic Games in London. (Campeones Indervalle, 12 Aug 2015)
Impairment
He lost his left leg after being run over by a train at age seven in Cali, Colombia. (Campeones Indervalle, 12 Aug 2015)