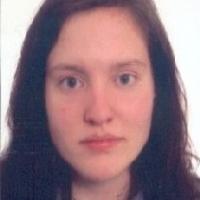 When and where did you begin this sport?
She took up Para athletics in 2006.
Club / Team
BPRSV Cottbus: Germany
Name of coach
Ralf Paulo [club]; Marion Peters [national]

Most influential person in career
Coach Ralf Paulo. (teamdeutschland-paralympics.de, 14 Oct 2020)
Injuries
She had to withdraw from the 2017 World Championships in London, England, because of a shoulder injury. (niederlausitz-aktuell.de, 12 Jul 2017)
Awards and honours
In 2017 she was presented with the Verdienstorden des Landes Brandenburg [Order of Merit of the state of Brandenburg, Germany], the highest honour awarded in the state. (stadtsportbund-cottbus.de, 20 Jun 2017)

In 2009 she was named Elite Sports Student of the Year in Cottbus, Germany. (frances-herrmann.de, 2009)

In 2009 she was included in the Golden Book of Lubbenau and Cottbus. (frances-herrmann.de, 2009)

In 2008 she was presented with the Silberne Lorbeerblatt [Silver Laurel Leaf] in Germany. (Athlete, 10 Feb 2011)
Ambitions
To win a medal at the 2020 Paralympic Games in Tokyo. (teamdeutschland-paralympics.de, 14 Oct 2020)
Impairment
She has cerebral palsy as a result of her premature birth. (lr-online.de, 11 Sep 2008)
Other information
OCCUPATION
She serves as the head of the young people's section for the Brandenburg Prevention and Rehabilitation Sports Association in Germany. (teamdeutschland-paralympics.de, 14 Oct 2020; bsbrandenburg.de, 05 Feb 2020; bsbrandenburg.de, 2018)