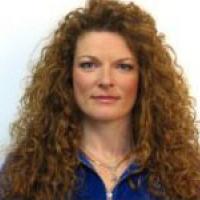 When and where did you begin this sport?
She took up Para cycling in 2014.
Why this sport?
She was introduced to Para cycling as part of her training programme for the 2014 Paralympic Winter Games in Sochi, where she competed in Para cross-country skiing.
Club / Team
GC-Apre Olmedo: Predazzo, ITA
Name of coach
Mario Valentini [national], ITA; Dino Farinazzo [personal, husband]

Nicknames
La Rossa Volante [The Flying Redhead] (ilnuovodiario.com, 19 May 2021)
Hobbies
Travelling, reading, cooking. (IPC, 19 Nov 2009)
Memorable sporting achievement
Winning gold in the H3 category time trial at the 2021 Road World Championships in Cascais, Portugal. (SportsDeskOnline, 06 Aug 2021; Instagram profile, 12 Jun 2021)
Most influential person in career
Her husband and coach Dino Farinazzo. (atleticalive.it, 19 Apr 2018)
Sporting philosophy / motto
"We are all different, but it is diversity that makes the world beautiful and life worth living. Sport can truly be a means of bringing all diversity closer." (ilnuovodiario.com, 19 May 2021)
Awards and honours
She received the 2012 Verona Giovani award in Italy in recognition of her sporting successes. (verona-in.it, 18 Dec 2012)

She was joint flag bearer with swimmer Cecilia Camellini for Italy at the opening ceremony of the 2008 Paralympic Games in Beijing. (inail.it, 09 Jul 2009)

In 2004 she was named an Officer of the Order of Merit of the Italian Republic. She had previously been named a Knight in 2000. (quirinale.it, 01 Jan 2016)
Other sports
She has represented Italy in Para athletics and Para cross-country skiing at international level. In Para athletics, she competed at the Paralympic Games in 1988, 1992, 1996, 2000, 2004 and 2008, winning a total of 10 medals [two gold, three silver and five bronze]. In para cross-country skiing, she competed at the 2006, 2010 and 2014 Paralympic Winter Games and won gold in the sitting sprint at the 2010 Games in Vancouver. (SportsDeskOnline, 06 Aug 2021)
Ambitions
To compete at the 2020 Paralympic Games in Tokyo. (ilnuovodiario.com, 19 May 2021)
Impairment
She was run over by a truck when she was 18 months old after the driver mistook her for a doll. The accident damaged her spine and resulted in paraplegia. (Athlete, 13 Mar 2014; inail.it, 9 Jul 2009)
Other information
FROM ATHLETICS AND SKIIING TO CYCLING
She believes that her background in Para athletics has given her the endurance required to compete at international level in Para cycling, but adds that she needed to lose some of the body mass she acquired for Para cross-country skiing when she transitioned to the bike after the 2014 Winter Paralympic Games in Sochi. "In athletics, in addition to speed, I also ran marathons, so I have always done endurance training, which is the basis for all three disciplines. Then, for skiing, it was necessary to have resistant strength so I intensified my training in that aspect. For cycling, instead, I had to lose some mass and become more agile and, therefore, I did different work on strength. Perhaps the greatest difficulty was the tactical and technical adaptation, because the disciplines are almost the opposite of each other, but I would say that I have succeeded well." (atleticalive.it, 19 Apr 2018)