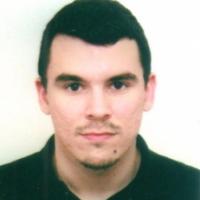 When and where did you begin this sport?
He began attending swimming classes at age three, and first competed in Para swimming in 2004 in Padua, Italy.
Why this sport?
He was encouraged to take up the sport by his father and his physiotherapist.
Club / Team
Civitas Vitae Sport Education [ITA] / GS Fiamme Oro [ITA]:
Name of coach
Riccardo Vernole [national]; Moreno Daga [personal]

In 2016 he received the Official Order of Merit of the Italian Republic from the Italian president. (quirinale.it, 19 Dec 2016)

He received the 2016 Silver Gattamelata Award at the Padua Sports Gala in recognition of his sporting achievements during 2015/16. (francescobettella.com, 19 Feb 2017)
Ambitions
To compete at the 2020 Paralympic Games in Tokyo. (Instagram profile, 03 Aug 2021)
Impairment
He was diagnosed with axonal neuropathy at age three. The condition first caused him to lose the strength in his legs, and then in his arms. (corriere.it, 28 Aug 2012)
Other information
OTHER ACTIVITIES
He served as the president of the organising committee of the 2018 World Series event in Lignano Sabbiadoro, Italy. He also took part in the event as an athlete. "It is a great challenge as this time the event is not only 'just' the national championships, but one of the six World Series events. I had never imagined doing it in Lignano Sabbiadoro or in Italy." He has also served as a member of the federal council of the Italian Para Swimming Federation [FINP]. (Federica Fornasiero Facebook profile, 09 Jul 2021; finp.it, 03 Feb 2021; paralympic.org, 21 May 2018)

SHORT FILM
His life was featured in a short film titled 'Francesco' that was produced by the research centre Fabrica, a branch of Benetton Group. In the film, he talks about his early days when he was diagnosed with his condition, to his life in swimming and his passion for cars that helped him to become an engineer. (finp.it, 10 Jan 2018; disabili.com, 09 Dec 2017)

FURTHER EDUCATION
After he graduated with a bachelor's degree in mechanical engineering from the University of Padua in Italy in 2013, he remained at the university to study for a master's degree in the same subject between 2013 and 2016. (LinkedIn profile, 01 Jan 2021)