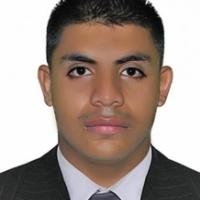 When and where did you begin this sport?
He began competing in long distance wheelchair races in 2010.
Why this sport?
He was told about wheelchair racing while recovering at a rehabilitation centre. "In 2010 I participated in my first half marathon in Bogota [in Colombia], and that was when I knew I could fly with my own hands."
Name of coach
Javier Guitierrez [personal], ESP
Training Regime
"I normally train six days a week. I have a two-hour gym routine, then I go out on the road. In the afternoons I do other exercises. On top of all of this is the invisible training, which is watching my diet and getting proper rest."

Sporting philosophy / motto
"The important thing is not how much you know, but how much you try." (franciscosanclemente.com, 06 Jan 2019)
Awards and honours
He was presented with the 2017 Courageous Person of the Year award by the RCN television channel in Colombia. (vanguardia.com, 07 Dec 2017)
Other sports
Before his illness he played football as a goalkeeper for Seleccion Valle de Cuaca, and had been scouted by Once Caldas, a team in the Colombian first division. (elpais.com.co, 27 Sep 2019)
Ambitions
To compete at the 2020 Paralympic Games in Tokyo. (elpais.com.co, 27 Sep 2019)
Impairment
He lost the use of his legs after he contracted a spinal cord infection in 2006. (elpais.com.co, 27 Sep 2019)
Other information
AUTHOR
In April 2018 he released a book called 'Camino de un Valiente' [The Way of a Brave Man], which reflects on his life story and messages of strength from public speeches he gives. (franciscosanclemente.com, 13 Apr 2018)