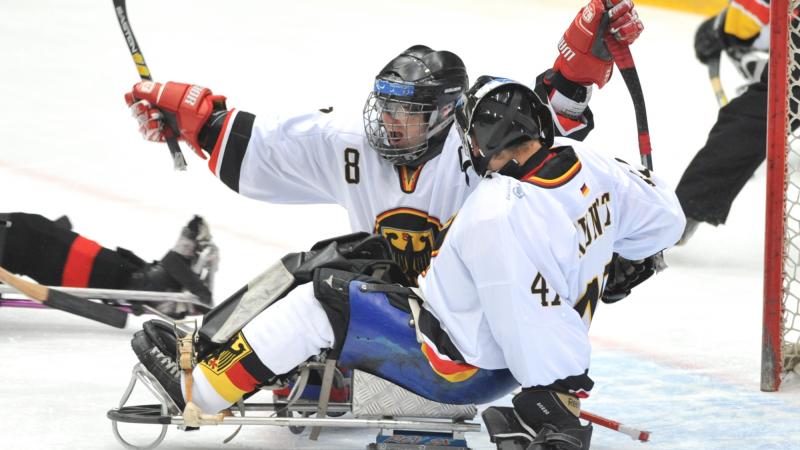 When and where did you begin this sport?
He took up Para ice hockey at age 12. His rehabilitation therapist Sebastian Habel introduced him to the sport.
Why this sport?
He loved the sport from the beginning and wanted to compete in a team immediately. Only after a doctor gave his approval did his parents permit him to join his first team, the Dresden Cardinals in Germany.
Club / Team
Weser Stars Bremen: Germany
Name of coach
Andreas Pokorny [national], GER
Preferred position / style / stance / technique
Forward

He was named Most Valuable Player [MVP] and a member of the All-Star team at the 2008 Karlovy Vary Open tournament in the Czech Republic. (spieler8.jimdo.com, 21 Jan 2013)
Impairment
He has paraplegia, which led to him developing scoliosis. This affected the function of his lungs, as well as other organs, and eventually became life threatening. He underwent surgery on his spine to improve the condition. (handicap.de, 09 Oct 2006)
Other information
HOMEMADE SLEDGE
His first sledge was made for him by his father, a professional welder, from a sofa and a tin tray. (handicap.de, 09 Oct 2006)