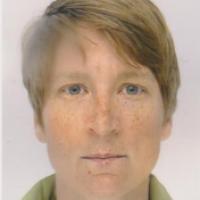 Hobbies
Reading, spending time with her dog. (tsvbayer04.de, 22 Jan 2015)
Memorable sporting achievement
Breaking the European record in the F36-38 shot put at the 2015 Grand Prix event in Dubai, United Arab Emirates. (emirates247.com, 23 Feb 2015)
Other sports
She has competed in volleyball at national level in Germany. (deutschlandradiokultur.de, 08 Jun 2014)
Impairment
In 2009 she was diagnosed with an autoimmune disease that caused her lungs and kidneys to fail. Her father donated a kidney, and she received two lungs from a donor who had passed away. (franziska-liebhardt.jimdo.com, 20 Sep 2015; mainpost.de, 20 Aug 2013)
Other information
ORGAN DONATION
Her life was saved thanks to organ donors, and she has since begun working as an ambassador for organ donation in Germany. Part of her role involves visiting schools to give students lessons and talks on organ donation. "No matter whether someone is for or against organ donation, it is crucial the decision is made by the individual." (franziska-liebhardt.jimdo.com, 20 Sep 2015)