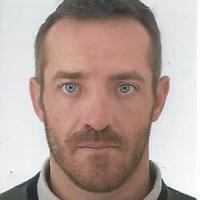 When and where did you begin this sport?
He began Para alpine skiing in 2003 in Alpe d'Huez, France, and participated in his first competition in the same year.
Why this sport?
He returned to skiing following his snowboard accident simply to find out if he could still do it. "It was a test, I wanted to see whether I had been too traumatised or not. At first I only did it a little, and then eventually the taste for skiing returned more and more. I must admit, when I did snowboarding I didn't like competition, but once I got a taste for it I really started to enjoy it."

Nicknames
Fred (IPC, 10 Feb 2018)
Most influential person in career
Francois Magnin, the alpine ski manager at Grenoble Handisport in France. (Athlete, 08 Mar 2014)
Injuries
In January 2010 he broke his clavicle into three pieces at Roll Rinn, Austria. The injury prevented him from competing at the 2010 Paralympic Winter Games in Vancouver, and he did not return to competition until February 2011. (Athlete, 08 Mar 2014; lefreda.unblog.fr, 22 Dec 2011)
Awards and honours
In 2018 he was named Knight of the National Order of Merit in France. (republicain-lorrain.fr, 11 Apr 2018)

In 2018 he was named an Honorary Citizen of the city of Vaudreuil, France. (paris-normandie.fr, 25 Apr 2018)
Other sports
He won the ski cross sitting event [Para freestyle skiing] at the 2017 National Championships in France. (ski-handisport.org, 28 Mar 2017)
Impairment
He has paraplegia after he was involved in a snowboarding accident at age 21. (lavantpost.info, 24 Apr 2018; IPC, 10 Feb 2018; Athlete, 08 Mar 2014)
Other information
RETIREMENT
He retired from international competition after the 2018 Paralympic Winter Games in Pyeongchang. (lavantpost.info, 24 Apr 2018)

OTHER ACTIVITIES
He has served as president of Grenoble Handisport in France. (france3-regions.francetvinfo.fr, 31 Jan 2015)