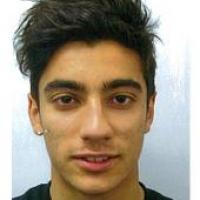 When and where did you begin this sport?
He took up the sport in 2009.
Why this sport?
A former teacher named Eileen Bailey saw his potential and recommended him to coach Stephen Butler.
Name of coach
Stephen Butler, AUS
Training Regime
He trains at Albert Park and Aberfeldie Park athletics track in Melbourne, VIC, Australia.

He competed with torn hamstring in the T46 100m final at the 2010 Commonwealth Games in Delhi, India. (adelaidenow.com.au, 20 Jun 2012)
Awards and honours
In 2014 he was named the Open Male Athlete of the Year, Sprinter of the Year and Athlete with an Impairment of the Year by Athletics South Australia. (Facebook profile, 14 Jun 2014)

He was named the Athlete with an Impairment of the Year in 2010 and 2012 by Athletics South Australia. (unisa.edu.au, 05 Sep 2012; athleticssa.com.au, 06 Aug 2012)
Impairment
He was born with a partially formed left arm. (adelaidenow.com.au, 20 Jun 2012)
Other information
OTHER ACTIVITIES
He and his friend Lucas Croal launched a streetwear brand named 'Beyond Killa' in Adelaide, SA, Australia. (broadsheet.com.au, 31 Aug 2016)