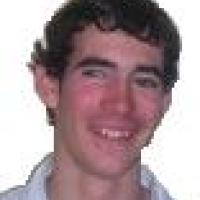 When and where did you begin this sport?
He began skiing at age nine near Valencia, Spain.
Why this sport?
He tried several sports as a child. One day his athletics coach told him about the Spanish National Organisation for Blind People [ONCE], which organised skiing trips for people with a visual impairment. He went and enjoyed the sense of freedom and speed he got from skiing.
Name of coach
Mario Sanchez [national]

Nicknames
Guille (VANOC, 12 Feb 2010)
Hobbies
Listening to music, snowboarding, surfing. (gabrielgorce.blogspot.co.uk, 07 Sep 2014)
Memorable sporting achievement
Winning bronze at the 2014 Paralympic Winter Games in Sochi. (SportsDeskOnline, 17 Mar 2015; nevasport.com, 10 Nov 2014)
Most influential person in career
His mother. (Athlete, 07 Mar 2014)
Hero / Idol
Spanish para-alpine skier Eric Villalon Fuentes. (Athlete, 07 Mar 2014)
Injuries
In January 2015 he had an infection in his foot which affected his performance at several World Cup races. (barcelonapirineus2026.org, 12 Jan 2015)
Superstitions / Rituals / Beliefs
When he is competing, he says his biggest enemy is himself. "After a while, I realised I was not competing against other skiers, but against the greatest opponent that I must tame - my own mind. When I think before a competition, negative visions can come into my mind until at some point I say, ‘Enough is enough’, and I relax. After that, I can concentrate and I do what I have to do. My success depends on beating my own negative thoughts." (dxtadaptado.com, 14 Mar 2014)
Sporting philosophy / motto
"Never be content and keep learning."
(Athlete, 07 Mar 2014)
Awards and honours
He was Spain's flag bearer at the closing ceremony of the 2014 Paralympic Winter Games in Sochi. (paralympic.org, 16 Mar 2014)
Ambitions
To compete at the 2018 Paralympic Winter Games in Pyeongchang. (paralimpicostv, 16 Jan 2015)
Impairment
He was born with degenerative glaucoma. (VANOC, 12 Feb 2010)
Other information
VISUAL SKI TEAM
He considers himself half of a team in which his guide Arnau Ferrer is equally important rather than an individual athlete. The pair describe themselves by the name Visual Ski when talking about their performance. (Twitter profile, 11 Mar 2015; axarxa.com, 01 Feb 2015)

MUSICIAN
He can play the guitar and piano and is also a singer/songwriter. He is part of a band and has performed concerts as well as publishing songs online. He aspires to have a career in the music industry after he retires from sport. (gabrielgorce.blogspot.com.es, 18 Jul 2014; youtube channel, 18 Sep 2014)

OTHER ACTIVITIES
He has served as an ambassador for Play and Train, an organisation that aims to provide access to training in all levels of sport for people with an impairment and their families. (playandtrain.org, 16 Dec 2013, 24 Jan 2013)