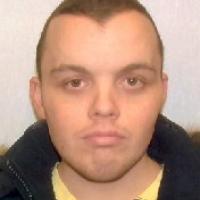 When and where did you begin this sport?
He began about age eight.
Club / Team
Swansea Performance: Swansea, WAL
Name of coach
Billy Pye
Coach from which country?
Wales
Training Regime
He trains twice a day, six days a week in Swansea.

Nicknames
Doofy, Boyo, Gaz, Wee-Man (sportcentric.com, 18 Jan 2010; cwmbran.info, 18 Jan 2010)
Hobbies
Watching television, listening to music, reading books. (paralympics.org.uk, 18 Jan 2010)
Memorable sporting achievement
Winning a gold medal at the 2004 Paralympic Games in Athens. (Swimming.org, 19 Aug 2010)
Most influential person in career
His father. (Swimming.org, 19 Aug 2010)
Hero / Idol
Australian swimmer Ian Thorpe. (paralympics.org.uk, 18 Jan 2010)
Sporting philosophy / motto
"Train hard, keep fit and healthy and look after your health." (Swimming.org, 19 Aug 2010)
Awards and honours
He set the world record in the SB6 100m breaststroke when he won gold at the 2006 World Championships in Durban, South Africa, a feat made more remarkable by the fact that he was coming back from a kidney transplant. (paralympics.org.uk, 18 Jan 2010)
Famous relatives
His cousin Kyron Duke competes internationally in the javelin and shot put. (southwalesargus.co.uk, 27 Aug 2012)
Impairment
He has achondroplasia. He has only 20% of his hearing and has asthma. (beijing2008.community.sequence.co.uk, 18 Jan 2010; southwalesargus.co.uk, 27 Aug 2012)
Other information
RETIREMENT
He had to give up swimming, and his goal of competing at the 2012 Paralympic Games in London, due to a second failed kidney transplant. He was initially given a kidney by his father in 2006, but it failed and forced him to go on dialysis during the 2008 Paralympic Games in Beijing. He then received a second kidney, this time from his uncle, in 2010. However, it stopped working in July 2011. Duke then decided it was time to retire from swimming. (southwalesargus.co.uk, 27 Aug 2012)