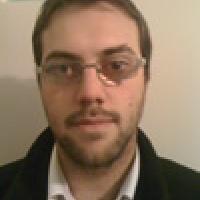 When and where did you begin this sport?
He began playing in 2001.
Why this sport?
"I was literally approached in the street by someone who already played and asked if I wanted to give it a try. There are not many disability sports out there that are so physical, getting in there but still experiencing all the team spirit and having a great laugh. This is the only full contact disability sport."
Club / Team
Peterborough Phantoms : England
Name of coach
Ian Offers [club, national], GBR
Preferred position / style / stance / technique
Forward

Hobbies
Wrestling, travelling, photography, sport. (hoppingblogger.blogspot.com, 06 Nov 2016)
Memorable sporting achievement
Competing at the 2006 Paralympic Games in Turin, and winning a bronze medal at the 2013 World Championships B-Pool in Nagano, Japan. (wet-zebra.com, 2016)
Awards and honours
He was named Most Valuable Player [MVP] of the 2011 Sledge Hockey League in Great Britain. He was also named in the All-Star team. (sledgehockey.co.uk, 31 Dec 2011)
Impairment
At age five he was involved in a car accident that resulted in his right leg being amputated above the knee. (Facebook profile, 04 Oct 2016; chad.co.uk, 29 Jul 2014)
Other information
TRAVELLER
He has had two spells away from ice sledge hockey when he has gone travelling. His first trip saw him travel around Africa for a couple of months, and his second took him to South America, Australia and Asia for a total of seven months. He began to write the book 'Hopping Around the World' to tell the stories from his travels. (wet-zebra.com, 2016; paralympic.org, 14 Oct 2013)

PHANTOM
In 2011 he was one of the founding members of English ice sledge hockey club Peterborough Phantoms. (phantomssledgehockey.co.uk, 2016)