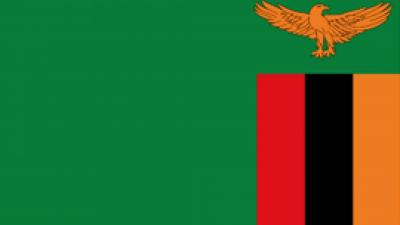 When and where did you begin this sport?
He began powerlifting in the Bauleni township in Lusaka, Zambia. He began taking the sport seriously in 2009.
Why this sport?
He wanted to keep fit and healthy as a hobby, until he started to take the sport more seriously.
Club / Team
Olympic Youth Development Centre: Lusaka, ZAM
Name of coach
Wisdom Moonga

Ambitions
To win a medal at the 2014 IPC Powerlifting World Championships in Dubai. "This is an opportunity that every athlete dreams of in their lives and I want to take it seriously. Knowing that I have not been at such a competition, I am training hard to make my mark and win for Zambia." (times.co.zm, 08 Mar 2014)
Impairment
He has paralysis in his legs and walks with the aid of crutches. (times.co.zm, 08 Mar 2014)
Other information
NPC SUPPORT AHEAD OF DEBUT
In 2014 Zambia's National Paralympic Committee chief George Gondwe organised a wheelchair walk to raise funds for Mwale and teammate Richard Lubanza to compete at the 2014 IPC Powerlifting World Championships in Dubai and at the 2014 Commonwealth Games in Glasgow. Both Mwale and Lubanza will make their international debut at the tournament in Dubai. (times.co.zm, 16 Feb 2014; lusaka-star.com, 15 Mar 2014)