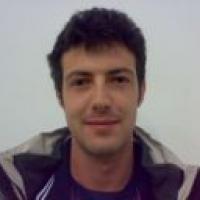 When and where did you begin this sport?
He took up the sport at age 19 in 2006 with the South Tyrol Eagles.
Why this sport?
He was introduced to the sport by Italian Para ice hockey player Gianluca Cavaliere.
Club / Team
South Tyrol Eagles: Italy
Name of coach
Franco Comencini [club], ITA; Massimo Da Rin [national], ITA
Preferred position / style / stance / technique
Defence

He was named in the All-Star team at the 2009 World Para Ice Hockey Championships A-Pool in Ostrava, Czech Republic. (trentinofamiglia.it, 2016)
Other sports
He has represented Italy in Para ice hockey at the Paralympic Winter Games in 2010, 2014 and 2018. He also competed in Para alpine skiing at the 2009 World Championships in Pyeongchang, Republic of Korea. (paralympic.org, 14 Jan 2014; SportsDeskOnline, 25 Nov 2021)
Famous relatives
His brother Francesco represented Italy in road cycling at U23 level. (Athlete, 02 Mar 2022; procyclingstats.com, 25 Jun 2016)
Ambitions
To contribute to the development of Para ice hockey in Italy. (Athlete, 02 Mar 2022)
Impairment
His right leg was amputated at the thigh after he was involved in a motorcycle accident at age 17. He was hit by a car after his brakes failed as he was entering a curve. He was in an induced coma for two weeks. (gazzetta.it, 07 Oct 2017; avvenire.it, 29 Aug 2017; trentinofamiglia.it, 2016; Athlete, 08 Mar 2014)
Other information
SANCTION
He was suspended for two years by the International Paralympic Committee [IPC] after returning an adverse analytical finding for the banned substance furosemide following the bronze medal match between Italy and the Republic of Korea at the 2018 Paralympic Winter Games in Pyeongchang. He was ineligible for competition from 27 April 2018 until 26 April 2020. (paralympic.org, 13 Feb 2019)