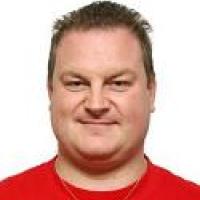 When and where did you begin this sport?
He began long distance running at age 14 with encouragement from his aunt. He was spotted by sports teacher William Hautegem who suggested he try discus. After his accident in 1991 his father took him to train at the Beveren Perseverance Athletics Club in Belgium.
Why this sport?
He liked athletics before his accident and decided he wanted to continue.
Club / Team
Bloso Bruges: Belgium

Memorable sporting achievement
Winning gold at the 1996 Paralympic Games in Atlanta. (Athlete, 26 Aug 2012)
Sporting philosophy / motto
"I want people with disabilities to do what it takes to lead a normal life. There has to be acceptance in society. Sports by people with disabilities helps, especially if the media show more of it." (ottobock-in-beijing.com, 06 Sep 2008)
Awards and honours
He was Belgium's flag bearer at the opening ceremony of the 2012 Paralympic Games in London. (paralympic.org, 29 Aug 2012)

He was named the 1996 Sportsman of the Year by Radio Antwerp. (ginodekeersmaeker.be, 21 Oct 2010)
Impairment
In 1991 he lost his left leg below the knee in an accident. (ginodekeersmaeker.be, 29 Aug 2012)
Other information
COACH
In 2014 he coached Luxembourgish para-athlete Tom Habscheid, who competes in the F42 discus. (paralympics.lu, 02 Jan 2015)