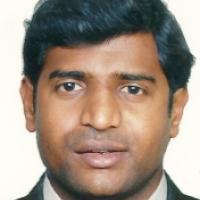 When and where did you begin this sport?
He took up high jump in 2006 in Bangalore, India.
Why this sport?
He loves sport.
Club / Team
Paralympic Sports Academy of India: Bangalore, IND
Name of coach
Mr Satyanarayana, IND, from 2011

In 2013 he was presented with the Padma Shri Award, India's fourth highest civilian honour, by the Indian government. (indianetzone.com, 22 Jun 2015; hindustantimes.com, 27 Apr 2015)
Impairment
He has congenital talipes equinovarus [also known as club foot] as a result of the effects of polio. He contracted the illness at birth. (Athlete, 23 Oct 2015)