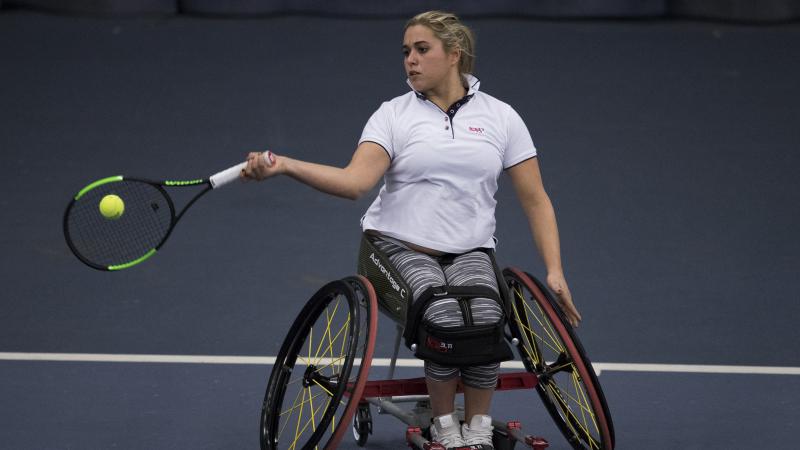 Giulia Capocci burst onto the international scene in 2018 by winning two titles and making it into the top 10 for the first time in her career.

The Italian wheelchair tennis player started the year as world No. 13 but moved up the women’s rankings significantly over the following months.

She followed that up with another win at the Bath Indoor in Great Britain beating three experienced players in Dana Mathewson, Buis and Kgothatso Montjane on her way to the title.

As a result, Capocci qualified for her first NEC Wheelchair Tennis Masters and even made it to the semi-finals following victories over Sabine Ellerbrock and Lucy Shuker.

She ended the year as world No. 5 and is expecting to play at her first Grand Slams in 2019.