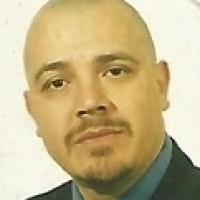 When and where did you begin this sport?
He began competing in Para athletics in 2015.
Why this sport?
He has been involved in sport since he was a child, practising judo, tennis, karate, and boxing. He discovered Para athletics following his accident. "I could transmit my power to athletics. Despite getting into the sport late, I can achieve results because my competitiveness came from an early age."
Club / Team
GS Paralimpico Difesa: Italy

Nicknames
Joe Black (Facebook profile, 15 Mar 2020)
Most influential person in career
His wife, and his family. (oasport.it, 11 Aug 2020)
Hero / Idol
Italian shot putter Alessandro Andrei. (abilitychannel.tv, 21 Jun 2018)
Sporting philosophy / motto
"There are no barriers and no obstacles for those who want to make it." (giuseppecampoccio.it, 14 Sep 2018)
Awards and honours
In 2016 he received the Renato Misturini Award in recognition of his performance at the Italian national championships. (abilitychannel.tv, 21 Jun 2018)
Other sports
He has a black belt in shotokan karate. (cassinoinforma.it, 22 Jul 2016)
Ambitions
To win a medal at the 2020 Paralympic Games in Tokyo, and to compete at the 2024 Paralympic Games in Paris. (raiplayradio.it, 01 May 2019; abilitychannel.tv, 21 Jun 2018; Instagram profile, 13 Feb 2021)
Impairment
In 1991 he sustained a serious injury to his right leg after an accident during a training exercise at a military firing range. His leg was saved from amputation following six operations. In August 2015 a bone infection caused a cerebral injury that resulted in the loss of function in his left arm and left leg. (corrieredellumbria.corr.it, 11 Aug 2020; faccedivita.it, 18 Nov 2016; cassinoinforma.it, 22 Jul 2016)
Other information
TIME IN THE ARMY
He served in the army when he was younger, following in the footsteps of his father who was also a soldier. "I have always been a soldier. Being an army officer at the front and risking not going home in the evening was difficult at times. I was an alpine colonel, those who open the way to the rear, to the infantry. It is a burning fire, the one that burns to save one's neighbour and the homeland, a call that you feel inside and you must answer." (comitatoparalimpico.it, 23 Oct 2019)

NICKNAME
On his social media profiles he often refers to himself as 'Joe Black'. The inspiration behind the name is that he relates to a character from a film starring Brad Pitt and Anthony Hopkins. "Why is my name 'Joe Black' on social media? From the film, 'Meet Joe Black'. It's simple, I also had my dark moments. [In the film] he is 'death' and falls in love with life and loves [the girl] so much that he doesn't want to leave her anymore. The traces of our journey can give us eternity. I want to leave my mark on the competition fields." (comitatoparalimpico.it, 23 Oct 2019)