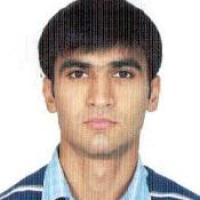 When and where did you begin this sport?
He began training in 2010 at age 26 in Vladikavkaz, Russian Federation.
Club / Team
Stimul Sports School of Olympic Reserve: Vladikavkaz, RUS
Name of coach
Vladimir Koroev, RUS; Valery Gagloev, RUS

In recognition of his performance at the 2012 Paralympic Games in London, he received the Order of Friendship and the Glory of Ossetia Medal in the Russian Federation. (kremlin.ru, 10 Sep 2012; rso-a.ru, 19 Sep 2012)

He has received the title of Honoured Master of Sport in the Russian Federation. (minsport.gov.ru, 30 Dec 2019)