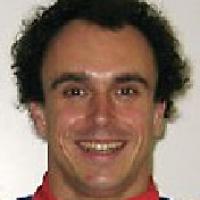 When and where did you begin this sport?
He began the sport following his motorcycle accident in October 2000.
Why this sport?
He spent a lot of time in swimming pools as part of his rehabilitation, and would swim lengths of the pool when he got bored of the underwater walking he had to do. After he had recovered he decided to join a swimming club.
Club / Team
Swansea HPC/Swansea Performance: Swansea, WAL
Name of coach
Billy Pye

Nicknames
Satan. (sportcentric.com, 18 Jan 2010)
Hobbies
Snowboarding and surfing. (paralympics.org.uk, 18 Jan 2010)
Memorable sporting achievement
Beating his personal best in the 100m freestyle by two and a half seconds at the 2008 Paralympic Games in Beijing. (swimming.org, 19 Aug 2010)
Most influential person in career
His younger brother and his mother, who encouraged him to swim when he was younger. (British Swimming Media Guide, 10 Jul 2011)
Sporting philosophy / motto
"You have to push yourself. No one else can really do that for you." (swimming.org, 19 Aug 2010)
Awards and honours
He was a member of the British 4x100m [34 point] freestyle relay team that broke the world record at the 2008 Paralympic Games in Beijing. (paralympics.org.uk, 18 Jan 2010)
Impairment
He was in a motorcycle accident in October 2000, which resulted in permanent damage to his legs. (bbc.co.uk, 16 Jul 2008)