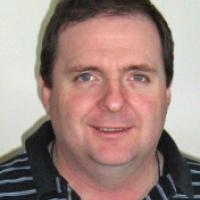 Injuries
A screw was surgically inserted into his left thumb in 2007 during reconstructive surgery to enable a key grip between his index finger and thumb. The screw was removed in December 2010, resulting in a week off training. (philip.net.nz, 15 May 2011)
Sporting philosophy / motto
"There's no real secret to success, just never give up." (philip.net.nz, 29 Jul 2012)
Awards and honours
He was awarded the 2016 Shooting Club Ultimate Shot Award by ParaFed Canterbury in New Zealand. (paralympics.org.nz, 30 Nov 2016)

MOUTH PAINTING
He has been a member of the Association of Mouth and Foot Painting Artists [AMFPA] and has won awards for his artwork. Among his most prized awards are the Bruce Hopkins Memorial Art Award for Mouth Painting and third place at New Zealand's 2010 Royal Easter Show Art Awards. (Facebook profile, 28 Feb 2016; philip.net.nz, 29 Jul 2012; philip.net.nz, 15 May 2011)