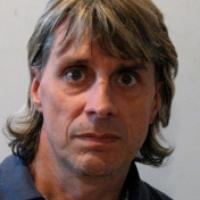 When and where did you begin this sport?
He began shooting at age 11. He took up shooting Para sport competitively in 2007.
Why this sport?
"My dad shot competitive pistol, mainly muzzleloading. Since we made a semi-annual trip to Friendship [in Indiana, United States of America] for the national muzzleloading championships, it was only natural that I began competing there."

Nicknames
Greg (Facebook profile, 08 Nov 2017)
Sporting philosophy / motto
"It is our attitude at the beginning of a difficult task which, more than anything else, will affect its successful outcome." [US philosopher William James] (pronematch.com, 13 Apr 2010)
Other sports
He was an able-bodied shooting state champion prior to the onset of his multiple sclerosis. (ssusa.org, 31 May 2016)
Impairment
He has from multiple sclerosis. He gradually developed the condition between 1995 and 2000. (Twitter profile, 13 Oct 2017; ssusa.org, 31 May 2016)
Other information
COACHING
He began coaching US Para shooter Taylor Farmer when she was age 17 in September 2015. He enjoys being able to pass on his experience. "My goal all along has been that if I could make a difference in just one person's life, it would make it all worthwhile to me. It's hard to explain, there is something God-like here. It was really meant to be that there is this special coach-student relationship. I truly feel I have seen this young lady grow and become more mature, from that first day.” (ssusa.org, 31 May 2016)