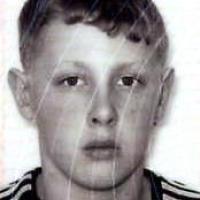 When and where did you begin this sport?
He began training in 2011 in Omsk, Russia.
Name of coach
Irina Gromova, RUS

Nicknames
Grisha (bmsi.ru, 01 Jun 2012)
Awards and honours
For his achievements at the 2014 Paralympic Winter Games in Sochi, he was awarded the Order of Friendship by the president of Russia. (kremlin.ru, 17 Mar 2014)

He holds the title of Honoured Master of Sport in Russia. (rezeptsport.ru, 25 Mar 2014)
Other sports
He also competes in wheelchair racing. (minsportfcp.ru, 27 Oct 2014)
Ambitions
To compete in wheelchair racing at the 2016 Paralympic Games in Rio de Janeiro. (minsportfcp.ru, 27 Oct 2014)
Impairment
He lost his legs in 2011 in a railway accident. (ngs55.ru, 14 Mar 2014)
Other information
WHEELCHAIR MARATHON
He finished ninth out of 291 competitors at the 31st Oita International Wheelchair Half-Marathon, his first international wheelchair racing competition, which took place in October 2011 in Oita, Japan. He was the second-youngest competitor and, as a newcomer, he was in the last starting group. "Until Japan I managed to perform with superiority only in Russia, but there the distances were significantly shorter than a half-marathon." (biletomsk.ru, 04 Oct 2012; rezeptsport.ru, 30 Oct 2011; wheelchair-marathon.com, 05 Oct 2012; biletomsk.ru, 04 Oct 2012)