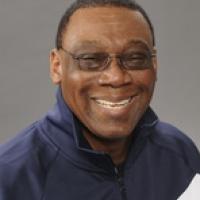 Sporting philosophy / motto
"Believe in yourself." (groverevans.weebly.com, 01 May 2011)
Impairment
His disability is the result of a car crash, which left him a quadriplegic. He was pronounced legally dead twice after the accident. (US Paralympics, 03 Mar 2010)
Other information
VETERAN PARALYMPIAN
He was the oldest member of the United States swimming team at the Paralympic Games in Beijing, 2008. (US Paralympics, 03 Mar 2010)

POLITICAL CAREER
He was elected to the Jonesboro City Council in 1984, becoming the first African American to do so. He served six terms and served as vice mayor from December 1984 to July 1996. In 1996 he was appointed by Governor Mike Huckabee as Director of Disability Determination for the Social Security Administration for the state of Arkansas. (US Paralympics, 03 Mar 2010)