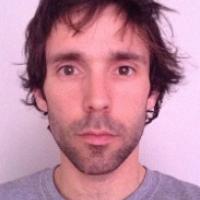 When and where did you begin this sport?
He took up the sport in January 2010. "I started running just to be in better shape, and I wanted to break the 40-minute mark on the 10km run."
Why this sport?
He formed an ambition to become a Paralympian immediately after being diagnosed with retinitis pigmentosa. "As soon as I got out of the doctor's office, I started dreaming about the Paralympics. At that time the dream began and a couple of years after that I started to train with that goal in mind. At first it would push me in training to put in all the effort to reach my dream and that's what I did in 2016."
Name of coach
Dany Racine [personal], CAN, from 2020

Most influential person in career
His first track coach Jacques Hince. (Athlete, 16 Aug 2017)
Hero / Idol
US distance runner Steve Prefontaine. (Athlete, 16 Aug 2017)
Injuries
He was out of action for a year with tendinitis in both hamstrings leading up to the 2019 Parapan American Games in Lima, Peru. He returned to win gold in the T13 5000m. (lanouvelle.net, 26 Jul 2019; sportcom.qc.ca, 24 Aug 2019)
Sporting philosophy / motto
"When you work hard, good things will come." (Athlete, 16 Aug 2017)
Other sports
He has competed in cross-country running for Laval University in Quebec, QC, Canada. (paralympic.ca, 01 Jan 2016)
Impairment
He has retinitis pigmentosa. (montrealendurance.com, 02 Jul 2012; lanouvelle.net, 09 May 2012)
Other information
NEW COACH
In September 2020 he announced that he had begun working with coach Dany Racine ahead of the 2020 Paralympic Games in Tokyo. He had previously been coached by Felix-Antoine Lapointe since 2013. "Dany already coaches several athletes from my region and is the assistant where I trained in Quebec City [Canada]. I've known Dany for a long time. It's a big change, but I can't wait to see what happens. There are a few reasons for my decision. I've always believed in the benefits of group training. The group was split in two. I was still with Felix, and Dany was taking care of the other group. For me, his group helped me much more than Felix's. I have also always liked Dany's approach. He is laid-back and patient. His training philosophy suits me a little more and I wanted to try something new. It's a new lease of life for an important year." (lanouvelle.net, 24 Sep 2020)