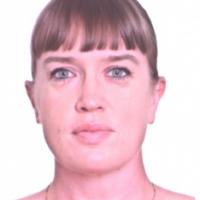 When and where did you begin this sport?
She took up the sport at age six in Vanersborg, Sweden.
Why this sport?
She loved racing fast in her wheelchair and the sport complemented the physiotherapy she was doing.
Club / Team
Bohus Friidrott: Sweden

Year
1995
Competing for
Sweden
Location
Toronto, ON, CAN

Injuries
She withdrew from the 2019 World Championships in Dubai, United Arab Emirates, due to a wrist injury. (sverigesradio.se, 12 Nov 2019)

In February 2015 she suffered from a blood clot in her left leg while at a training camp in Tenerife, Spain. She returned to training two months later. (shif.se, 08 Jun 2015)

A shoulder injury stopped her from competing at the 2013 World Cup event in Stadskanaal, Netherlands. (ttela.se, 18 Sep 2013)

She suffered a broken nose and collarbone, as well as facial lesions, after being caught in a six-way crash in the T54 5000m at the 2008 Paralympic Games in Beijing. (theage.com.au, 10 Sep 2008; bloomberg.com, 09 Sep 2008)
Sporting philosophy / motto
"Anything is possible." (Athlete, 22 Oct 2015)
Impairment
She has spina bifida and has had paraplegia since birth. (Athlete, 22 Oct 2015; inlandsvagen.se, 01 Aug 2008)
Other information
OTHER ACTIVITIES
She has served as chairperson of DHR Aleavdelningen, an association for people with an impairment in Alvangen, Sweden. (dhr.se, 18 Jun 2020)