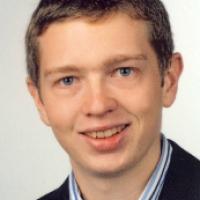 When and where did you begin this sport?
He took up Para triathlon in 2017. He had previously competed in Para athletics track events at international level, having taken up the sport at age eight in Salzburg, Austria.
Why this sport?
He wanted a new challenge and began incorporating cycling and swimming into his training regime for Para athletics, before choosing to focus on the sport.
Club / Team
OTB Salzburg Leichtathletik: Austria
Name of coach
Franz Lugstein

Most influential person in career
Coach Eduard Holzer. (Athlete, 24 Oct 2015)
Hero / Idol
British middle-distance runner Sebastian Coe. (Athlete, 24 Oct 2015)
Injuries
He was bothered by Achilles tendon issues in mid-2016, which carried into the 2016 Paralympic Games in Rio de Janeiro. He spent the end of 2016 and the early part of 2017 recovering from the injury. (guenthermatzinger.com, 19 Jan 2017)

He was unable to train for four months in mid-2014 due to a herniated disc. He returned to competition at the European championships in August that year. (guenthermatzinger.com, 19 Aug 2014)
Sporting philosophy / motto
"Work hard. No compromises." (Athlete, 24 Oct 2015)
Awards and honours
In 2013 he was named the Athletics Ambassador of the Year by the Austrian Paralympic Committee in recognition of his performances at the 2012 Paralympic Games in London. (oepc.at, 26 Feb 2013)
Other sports
He has also represented Austria in Para athletics. He won gold in the T46 400m and 800m events at the 2012 Paralympic Games in London, bronze in the T47 400m at the 2016 Games in Rio de Janeiro, and competed at the 2008 Games in Beijing. He also won gold in the T47 400m at the 2018 European Championships in Berlin, Germany. (SportsDeskOnline, 14 Aug 2021; guenthermatzinger.com, 28 Mar 2020; paralympic.org, Sep 2012)
Ambitions
To compete in Para triathlon at the 2020 Paralympic Games in Tokyo. (guenthermatzinger.com, 28 Mar 2020)
Impairment
He was born without the lower part of his right arm due to dysmelia. (Athlete, 08 Feb 2012)
Other information
SWITCH TO PARA TRIATHLON
In 2017 he began to make the switch from Para athletics to Para triathlon after he had been troubled by an Achilles injury, and first competed in a local event at Lake Faak in Austria in August that year. "During the Para athletics break this year [2017], I wanted to look for a new challenge and do a lot of endurance training on the bike and in the water. Swimming at the triathlon was still torture. With cycling and running it got better and better." He made his international debut at a World Cup event in Aguilas, Spain, in May 2018. "For me, the sprint distance in a triathlon is comparable to a marathon. Luckily my coach [Franz Lugstein] showed me a few technical things about swimming and at some point the idea came up to try a triathlon after the athletics season. The training for it was fun for me and I found the variety of the three disciplines exciting." (mein-leben.at, 27 Feb 2020; guenthermatzinger.com, 03 May 2018, 29 Aug 2017, 19 Jan 2017)

BUSINESS OWNER
He is the owner and founder of Windhund, a company that produces cards with various exercises on them which can be used for creating training regimes. The company has also developed an app which creates a personalised fitness regime for each user. (LinkedIn profile, 01 Jul 2021; Facebook profile, 25 Jun 2021; fh-salzburg.ac.at, 09 Oct 2020; sn.at, 16 Nov 2017; sport-oesterreich.at, 28 Apr 2016)