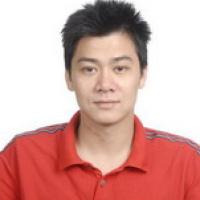 When and where did you begin this sport?
He began swimming at age nine. He got involved in Para swimming in 2007 at Foshan Sports School in the People's Republic of China.
Why this sport?
He was a swimmer before his accident, having taken up the sport to improve his health and improve his confidence.

Hero / Idol
German Formula One driver Michael Schumacher. (Athlete, 11 Jul 2015)
Sporting philosophy / motto
"No pain, no gain." (Athlete, 11 Jul 2015)
Awards and honours
In 2018 he was named an Elite Para Athlete of International Class by the China Administration of Sport for Persons with Disabilities. (caspd.org.cn, 22 Jun 2018)

He was presented with a Merit Citation Class One, the May 1st Labour Medal and the May 4th Youth Medal in recognition of his achievements at the 2016 Paralympic Games in Rio de Janeiro. (jiangmen.gov.cn, 22 Mar 2017)

In 2013 he received the May 4th Medal from the Guangzhou Federation For People with an Impairment in the People's Republic of China. He had received the May 1st Labour Medal a year earlier. (gzdpf.org.cn, 29 Mar 2013)

In 2009 he was named a Model Impaired Person in Guangdong Province, People's Republic of China. (gddpf.org.cn, 31 Aug 2009)
Impairment
He was involved in a biking accident in 1999, which resulted in paraplegia. (gdheshan.gov.cn, 12 Sep 2016)
Other information
FOUNDATION
He received a financial bonus for winning three medals at the 2008 Paralympic Games in Beijing. He used the money to establish the Li Hanhua Foundation with the intention of providing support to people living with an impairment in the People's Republic of China. (sina.com.cn, 14 Dec 2010)