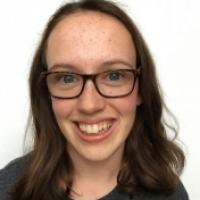 When and where did you begin this sport?
She began swimming competitively in 2010.
Why this sport?
"I just love every part of it. The buoyant force in the water keeps me afloat so I don't have to concentrate on walking."
Training Regime
"I swim about five times a week which is a lot to balance when you are in university, but it gives me a sense of freedom and calmness when I am in the water."

Sporting philosophy / motto
"Believe in yourself, you'll be amazed at what you can do." (cbc.ca, 24 Mar 2014)
Awards and honours
She was a recipient of the 2017 Terry Fox Humanitarian National Award for her activism for rights for individuals with impairments. (daughtersofthevote.ca, 01 Jul 2018)
Ambitions
To compete at the 2020 Paralympic Games in Tokyo, and to win a medal at the 2024 Paralympic Games in Paris. (cbc.ca, 04 Apr 2016)
Impairment
She was born with cerebral palsy. (cbc.ca, 22 Dec 2015)
Other information
ADVOCATE
She is majoring in human rights studies with a minor in disabilities studies at Carleton University, and has been involved in several legislative actions to remove the word 'handicapped' from laws, and to promote laws that benefit individuals with an impairment. "The term 'handicapped' is outdated and offensive and I thought that I could be instrumental in making this change. I had a lot to learn how to get around the city using public transportation, managing all of my personal things, staying on top of my swimming schedule and trying to fit in on campus." (newsroom.carleton.ca, 17 Oct 2018; cbc.ca, 25 Jun 2018)

HANNAH'S BILL
In December 2016 the Legislative Assembly of Prince Edward Island in Canada passed 'Hannah's Bill', which saw amendments made to the province's highway traffic act. The bill, named after MacLellan, was passed after she lobbied for the wording of the legislation to be changed so that it was more inclusive to people with an impairment. "As a young Islander living with a physical disability, I believe it is time for the language on the accessible parking signs to evolve in a positive manner. I'm ecstatic to see these changes put into place." (assembly.pe.ca, 2017; cbc.ca, 30 Nov 2016)

OTHER ACTIVITIES
She works as a part-time student parliamentary office assistant for Canadian politician Sean Casey, Member of the Canadian Parliament for Charlottetown, Canada. (daughtersofthevote.ca, 01 Jul 2018)