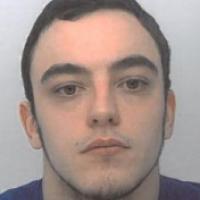 When and where did you begin this sport?
He became involved in Para sport through Insport Series events organised by Disability Sport Wales.
Why this sport?
He tried several sports through the Insport Series, before settling on wheelchair racing and wheelchair basketball. "I used to try every single sport. You always used to find your favourites when you were little, so at the start I used to go try them all, then by about two hours in you used to have your favourite two or three down. So I think I went to wheelchair racing for a bit, then I ended up having to come out for medical reasons. Then I went back to the Insport Series when I was about 14 and started playing basketball. [At] about 19 or 20 years old I just needed a change, so I decided to come back to wheelchair racing."
Club / Team
DSW Para Academy: Caernarfon, WAL
Name of coach
Nathan Stephens, GBR

Memorable sporting achievement
Winning gold in the men's T33 100m at the 2018 European Championships in Berlin, Germany, and bronze in the same event at the 2019 World Championships in Dubai, United Arab Emirates. (Disability Sport Wales YouTube channel, 04 Aug 2020)
Hero / Idol
British wheelchair basketball players Abdi Jama and Terry Bywater. (sportsaid.org.uk, 2015)
Sporting philosophy / motto
"I can't wait to train and I can't wait to take part in competitions. There are times when I'm itching to get out there and race and that's the place I want to be in." (ealingtimes.co.uk, 20 Aug 2018)
Other sports
He was a member of the British national wheelchair basketball team that won gold at the 2014 U22 European Championships in Zaragoza, Spain. He has also played the sport for the Wales national team and the Cardiff Celts in Wales. (sportsaid.org.uk, 2015)
Ambitions
To compete at the 2020 Paralympic Games in Tokyo. (stjosephscomp.co.uk, 26 Apr 2016)
Impairment
He was born with cerebral palsy. (ealingtimes.co.uk, 20 Aug 2018)
Other information
SPORT SWITCH
He played wheelchair basketball for Great Britain up to U23 level. He switched to Para athletics in 2015. "I decided to try and make the switch back to racing and it was what I needed, it was the right move for me and it's been paying off [speaking in mid-2018]. I really liked playing basketball but it became stale, I didn't enjoy getting up in the morning and wasn't sold on what I was doing at the time. If you don't enjoy it then what's the point? You don't want to be stuck doing something you don't like." (bbc.co.uk, 20 Aug 2018; ealingtimes.co.uk, 20 Aug 2018)