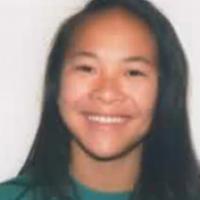 When and where did you begin this sport?
She took up the sport in about 2012.
Why this sport?
"I don't have to wear my prosthetics because they're really heavy and they're not as comfortable. It's like having a really tight sock all day and swimming just really gives me the freeness that I really enjoy having."
Club / Team
Berzerker Swimming Club: United States
Name of coach
Shawn Klosterman [club]
Training Regime
She trains eight pool sessions a week and includes CrossFit into her regime.

Nicknames
Tigger (aspenmp.com, 2012)
Hobbies
Painting. (assembly.malala.org, 20 Jun 2018)
Most influential person in career
US Para swimmer Jessica Long. (assembly.malala.org, 20 Jun 2018)
Sporting philosophy / motto
"I have embraced being unique and that has made all the difference in my life. Accept the things you can't change. Change the things you can." (vt.co, 26 Jul 2020)
Awards and honours
She received the 2012 Challenged Athletes Foundation Rising Star Award. (challengedathletes.org, 2012)
Ambitions
To compete at the 2020 Paralympic Games in Tokyo. (Facebook page, 10 Sep 2020)
Impairment
She was born in Vietnam to parents who were having an affair out of wedlock. At about age one, her parents attempted a family suicide. They strapped bombs to themselves and held Shepherd in their arms. They were killed by the blast, but she survived having lost both her legs below the knee. (Challenged Athletes Foundation, 09 Nov 2012)
Other information
OTHER ACTIVITIES
She has worked with the Challenged Athletes Foundation [CAF] in the United States of America to speak to children and increase awareness of Para athletes. "I just want to show people that people with disabilities are just like everyone else. Para athletes are top athletes who just happen to have some form of physical disability." (assembly.malala.org, 20 Jun 2018)

FROM VIETNAM TO UNITED STATES OF AMERICA
In 2004 she was adopted by Rob and Shelly Shepherd and moved from Vietnam to the United States of America. (Challenged Athletes Foundation, 09 Nov 2012; darlingmagazine.org, 19 Aug 2012)