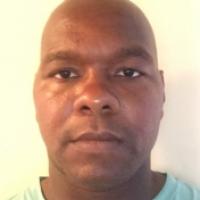 When and where did you begin this sport?
He was introduced to adaptive sport at Fort Sam Houston in San Antonio,TX, United States of America, and began competing in para-athletics in 2013.
Why this sport?
"After the accident I was laying in my hospital bed wondering what I was going to do with the rest of my life. When I got to Fort Sam Houston they introduced me to adaptive sports, and I was like, 'gosh I can compete again'. I got involved with rowing, with shot put and discus, track, and swimming. I just fell in love with it."

Sporting philosophy / motto
"I always want to improve." (palmbeachpost.com, 12 Jun 2016)
Other sports
Before his accident he played American football at university level in United States of America. (wavemagazineonline.com, 20 Oct 2016)
Ambitions
To compete at the Paralympic Games. (palmbeachpost.com, 12 Jun 2016)
Impairment
In September 2012 he was injured during a combat training exercise in Fort Irwin, CA, United States of America. The armoured vehicle he was travelling in rolled over and trapped his right arm. The accident resulted in the amputation of the limb above the elbow. (wavemagazineonline.com, 20 Oct 2016; time.com, 18 Jul 2015; military.com, 26 Jun 2015)