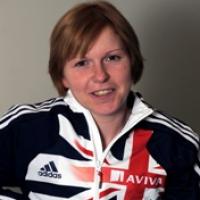 When and where did you begin this sport?
She took up athletics in 1994 at age 15 at a local athletics club.
Why this sport?
One of her teachers encouraged her to participate in the sport.

Hobbies
Shopping, playing computer games, spending time with friends, swimming, listening to music. (Athlete, 09 Dec 2010; avivaathletics.co.uk, 10 Nov 2010)
Memorable sporting achievement
Winning gold in the 100m at the 2000 Paralympic Games in Sydney. (Athlete, 09 Dec 2010)
Most influential person in career
Her family, especially her mother. (Athlete, 09 Dec 2010)
Hero / Idol
British sprinter Christian Malcolm. (Athlete, 09 Dec 2010)
Superstitions / Rituals / Beliefs
She always listens to music before competing. (avivaathletics.co.uk, 10 Nov 2010)
Ambitions
To become a coach. (sunderland.ac.uk, 23 Jan 2013)
Impairment
She was born with an enlarged pancreas, which produced enough insulin for a fully grown adult. Doctors were not able to diagnose the problem and on being admitted to hospital, she experienced a number of convulsions, lapsed into a coma and experienced brain damage. (Facebook profile, 18 Nov 2010)
Other information
RETIREMENT
She announced her retirement from competitive athletics in January 2013. (sunderland.ac.uk, 23 Jan 2013)