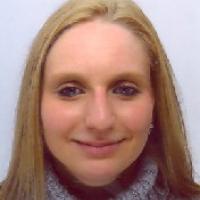 When and where did you begin this sport?
She began swimming at age five at school in Leigh, England. She returned to the pool after her accident in 2006.
Why this sport?
"I just got it into my head that I wanted to be an Olympic swimming champion. I can remember seeing the 1992 Olympics, with Sue Rolfe. My mind was made up. I just wanted to do it."

Nicknames
H, Freddy. (sportism.net, 20 Jan 2010)
Memorable sporting achievement
Winning gold in the 100m backstroke at the 2008 Paralympic Games in Beijing. "I was so delighted with the 100m backstroke gold in Beijing," she said. "It was also satisfying to prove to a hospital consultant who said I would never swim again that they were wrong." (telegraph.co.uk, 21 May 2009)
Most influential person in career
Her family, her coach John Stout and British swimmer Carole Hunt. (bbc.co.uk, 9 Aug 2008, britishswimming.org, 20 Jan 2010)
Hero / Idol
US swimmer Michael Phelps. (bbc.co.uk, 9 Aug 2008)
Injuries
She started dealing with neuralgic migraines in October 2011. (leighjournal.co.uk, 15 Mar 2012)
Sporting philosophy / motto
"Pain is weakness leaving the body." (swimming.org, 19 Aug 2010)
Awards and honours
She has been made a Member of the Most Excellent Order of the British Empire [MBE]. (insidethegames.biz, 13 Nov 2013)

She was voted Cosmopolitan Magazine's Ultimate Against All Odds Star for 2008. (sportism.net, 20 Jan 2010)

She was named Greater Manchester's Disabled Sports Achiever of the Year for 2008. (efds.co.uk, 2009)
Other sports
Prior to her life-changing injuries she was a successful able-bodied swimmer, specialising in endurance races. In 2004 she won the British 10km Open Water Championships and the 4.5km British Grand Prix on the same day. (telegraph.co.uk, 10 Sep 2008)
Ambitions
To become a driving instructor and swimming coach after she has finished competing. (swimming.org, 19 Aug 2010; paralympics.org.uk, 10 Apr 2012)
Impairment
An accident at the end of 2004 left her with limited use of her right arm and right leg. (telegraph.co.uk, 10 Sep 2008)
Other information
RETIREMENT
She announced her retirement in November 2013 because she was pregnant. She said although the decision was difficult, health problems and the impending arrival of her first child convinced her it was time to leave. (insidethegames.biz, 13 Nov 2013; paralympic.org, 10 Aug 2014)

COMEBACK
Not long after her 2004 accident she was told that she would never swim again, and had accepted it as her fate after having attempted to swim with disappointing results. That all changed in 2006 when, inspired by watching her friends compete at the Commonwealth Games, she decided to get back into the pool. "I saw Joanne Jackson win the gold in the 400m and I just said to myself, 'I'm not ready to finish. I'll finish when I want to finish, not when someone else tells me to'. And here we are." (telegraph.co.uk, 10 Sep 2008)

FAILED TEST
She failed a doping test in 2009 after using an inhaler during an asthma attack. She received a six-month ban for testing positive for a raised level of Salbutamol after using her inhaler during the IPC European Championships in Reykjavik. She insists that she needed the inhaler to save her life and would not hesitate to use it again if she needed to. (bbc.co.uk, 05 Jul 2011)