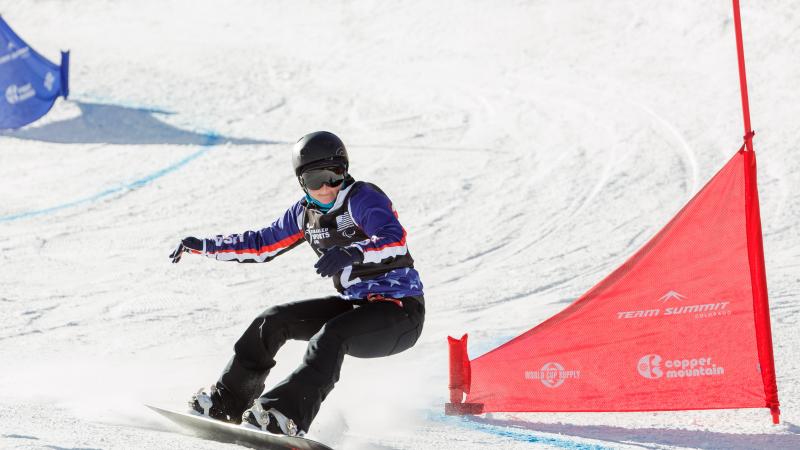 With two World Championships medals and multiple World Cup podiums, Heidi-Jo Duce is the next big thing to come out of the USA’s exceptional Para snowboard development programme.

Despite competing against the likes of Dutch Paralympic and double world champion Bibian Mentel-Spee, Duce has been consistent in her first seasons representing Team USA.

Her appearance in Sochi was inspired by the inclusion of Para snowboard onto the Paralympic programme. Having been born without bones in most of her right ankle and foot, Duce had her leg amputated below the knee at 18 months old.

At the age of 11, Duce tried snowboard, and then when she heard that the sport would make its debut at Sochi 2014 decided to dedicate everything she had towards it.

At the 2015 World Championships the 24-year-old stormed to silver in snowboard-cross and bronze in banked slalom, just pipped to silver by another one of her main competitors, Australian Joany Badenhorst.

In 2015-16, Duce ended third in the World Cup overall rankings. She is hoping to cement her progress next season, including at the 2017 World Para Snowboard World Championships in Big White, Canada. 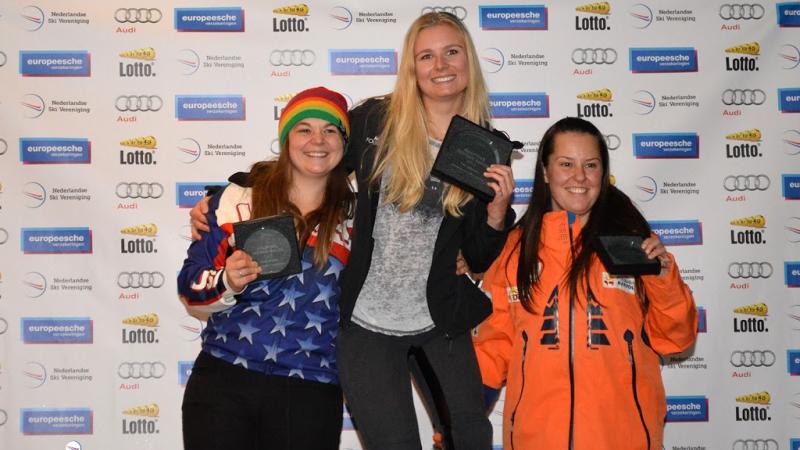 When and where did you begin this sport?
She took up the sport at age 11, at the 'Un-limb-ited Amputee Camp' in Utah, United States.
Why this sport?
She was inspired by the IPCs decision to include snowboard cross in the schedule for the 2014 Paralympic Winter Games in Sochi. “When I found out about snowboarding being in the Paralympics, it changed everything for me. I decided that I should give everything to snowboarding.”

Nicknames
'H', Duce (disgoo,com, 18 Sep 2013)
Hobbies
Kayaking, rock climbing, ice climbing, mountain biking. (Facebook profile, 10 Feb 2015)
Hero / Idol
"I can’t say I have any one person that inspires me or that I would call my mentor. Everyone who goes after being good at what they want to do inspires me. My sister played college basketball, my little brother’s a beast. Both of them are good examples of working hard to be good at what [they] want to do. My teammates inspire me." (outdoorwomensalliance.com, 14 Oct 2013)
Injuries
In November 2013 at a training camp in Austria, she separated her shoulder after crashing. The injury prevented her from competing at the 2013 World Cup in Landgraaf, Netherlands, but she returned to training on 01 December 2013. (teamusa.org, 17 Jan 2014)
Sporting philosophy / motto
"I am only one but I am still one. I cannot do everything but I can still do something; and because I can not do everything I will not refuse to do something that I can do." (onelegonegirlonelife.blogspot.co.uk, 01 Mar 2013)
Impairment
She has fibular hemimelia, and was born without a fibula and most of the bones in her right ankle and foot. At eighteen months, she had what remained of her right leg amputated below the knee, and an additional four inches were amputated when she was nineteen. (teamusa.org, 16 Apr 2013)