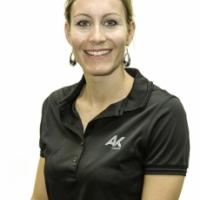 When and where did you begin this sport?
She began skiing at age five with her father. She took up Para alpine skiing at age 18, following her accident.
Why this sport?
"It's my passion. I have been skiing almost my whole life."
Club / Team
RC Enjo Vorarlberg [AUT] / Ski For Life [AUT]:
Name of coach
Philipp Bonadimann [Ski for Life]; Robert Meusburger [Ski for Life]; Eric Digruber [national], AUT

Earlier in her career she twice tore the anterior cruciate ligament [ACL] in her knee, and also tore a tendon in her hand. (vol.at, 09 Dec 2007)
Sporting philosophy / motto
"Even if there are stones in your way, you can build something beautiful." (oepc.at, 12 Feb 2018; olympiazentrum-vorarlberg.at, 2017)
Awards and honours
In 2018 she was presented with a Golden Sport Award by the Austrian Ski Federation [OSV]. (skiweltcup.tv, 23 Jun 2018)

In 2017 she was named Para Athlete of the Year in Vorarlberg, Austria. (rollstuhlclub.at, 25 Apr 2018)
Famous relatives
Her husband Armin Eder has represented Austria in Para alpine skiing. (roethis.at, 16 Jun 2017)
Impairment
She has paraplegia after crashing while training in giant slalom in 2006 in Obergurgl, Austria. Her hand got caught in a gate and she landed in a concrete ditch, breaking her back and suffering damage to her lung, kidney and liver. She spent four months in hospital. (vol.at, 29 Nov 2008, 09 Dec 2007)
Other information
OCCUPATION
She has worked as a human resources manager at the Vorarlberg Chamber of Labour in Austria. (vol.at, 18 Oct 2018, 31 Mar 2017)