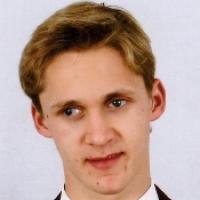 When and where did you begin this sport?
He began swimming at age 15 in Worcester, South Africa.
Why this sport?
"I was always a water-loving child. Though [swimming] is difficult, I see it as a challenge rather than a difficulty."

Hobbies
Being around animals, sports, economics, gadgets, coffee. (Twitter profile, 28 Sep 2018)
Memorable sporting achievement
Winning a bronze medal in the S11 100m freestyle at the 2012 Paralympic Games in London. (Athlete, 09 Sep 2019)
Most influential person in career
His parents. (Athlete, 09 Sep 2019)
Hero / Idol
South African rugby player Victor Matfield. (Athlete, 09 Sep 2019)
Injuries
He suffered from a shoulder injury between 2015 and 2016. He was still recovering from the injury when he swam at the 2016 Paralympic Games in Rio de Janeiro. (paralympic.org, 29 Jul 2016; paralympic.org, 28 Aug 2017)
Sporting philosophy / motto
"It is not the circumstances in which you are placed, but the attitude in which you face them." (Athlete, 09 Sep 2019)
Impairment
He was born partially blind due to vitreous hyperplasia and secondary glaucoma. Over the years he has lost the rest of his vision. (Athlete, 04 Apr 2011; iol.co.za, 18 Apr 2012)
Other information
FURTHER EDUCATION
After completing an undergraduate degree in socio-informatics at Stellenbosch University in South Africa, he completed both bachelor's and master's degrees in law at the same university. In 2019 he then began his PhD in law through a joint programme at Stellenbosch University and Hasselt University in Belgium. "Initially, I had an interest in the justice system from a young age. But as a person with disability, being blind, I faced a lot of discrimination on a daily basis, and that is what has really motivated me to pursue this degree." (LinkedIn profile, 01 Jan 2019; news24.com, 10 Jun 2019; iol.co.za, 05 Apr 2019; sun.ac.za, 05 Oct 2018; timeslive.co.za, 01 Oct 2018)

DISCRIMINATION CASE
In 2018 he was involved in a discrimination lawsuit before South Africa's Equality Court after a winery restaurant refused access to his guide dog in 2014. As part of the settlement the winery issued a public apology and agreed for its staff to undergo sensitivity training from the Guide Dog Association of South Africa. He said the case was about raising awareness for people with impairments. "It was never about me personally. I wanted to do something that would help many more people. This will hopefully raise awareness about the challenges we face and serve as a deterrent for establishments who engage in this kind of intolerance." (heraldlive.co.za, 02 Oct 2018; sun.ac.za, 05 Oct 2018; timeslive.co.za, 01 Oct 2018; diematie.com, 10 Oct 2018; iol.co.za, 05 Apr 2019)