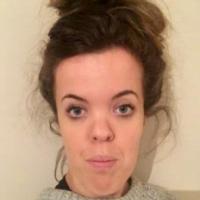 When and where did you begin this sport?
She took up Para athletics in 2010.
Why this sport?
Coach Andrew Roda encouraged her to switch from Para equestrian to Para athletics. "As an equestrian I was put on to the Talented Athletic Scholarship Scheme which helped with funding, access to physiotherapy and other resources I might need to help with my performance. That was based in Yeovil, with a man called Andrew Roda from Yeovil College. He's an athletics coach, so he helped me make the transition from equestrianism to the world of throwing in athletics, where there is a competitive pathway that can lead to the Paralympics."

Hero / Idol
British Para swimmer Eleanor Simmonds, British wheelchair racer Hannah Cockroft. (efds.co.uk, 2015)
Sporting philosophy / motto
"I've always taken a very positive approach to life, I really love a challenge and I'm not afraid to push myself to higher levels if I can, in life in general as well as in sport. One never knows what's round the next corner, but this seems to me to be the best way to find out." (marshwoodvale.com, 23 Mar 2017)
Other sports
She has competed in Para equestrian dressage at national level. (para-equestrian.com, 01 Jun 2008)
Ambitions
To compete at the 2020 Paralympic Games in Tokyo, Japan. (efds.co.uk, 2015)
Impairment
She is a person of short stature. (dsauk.org, 25 Aug 2012)
Other information
EQUESTRIAN TO ATHLETICS
Her love for horses began as a child and she originally trained in Para equestrian dressage, before transitioning to Para athletics. "I did all the usual pony club things, and then in about 2007 took up lessons in equestrianism. That really opened up another dimension for me, the Para equestrian world. So when after a few years of competing in dressage I had to give it up – it was becoming too expensive – it was a bit of a shock having been involved with horses since I was about five with my first Shetland pony. And now I have no contact with horses at all, but that's because athletics took over." (marshwoodvale.com, 23 Mar 2017)