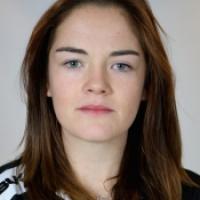 When and where did you begin this sport?
She took up the sport at age 14 in Hokitika, New Zealand.
Why this sport?
She was involved in a number of sports when she was younger, including rugby, athletics, netball and basketball. She did not like athletics at first, and focused on the other sports. "I came back some years later and began liking the field events. I think Para sport has the ability to show others anything is possible."
Club / Team
Athletics Taieri: Dunedin, NZL
Name of coach
Raylene Bates [national], NZL

She was flag bearer for New Zealand at the opening ceremony of the 2016 Paralympic Games in Rio de Janeiro. (MyInfo, 06 Sep 2016)

She was named Para Athlete of the Year at the 2010 Athletics Canterbury Athlete of the Year Awards in New Zealand. (athletics.org.nz, 21 Jun 2010)
Famous relatives
Her father Steve and her twin brother Jonathon have played rugby union for the West Coast provincial team in the Heartland Championship in New Zealand. (newshub.co.nz, 22 Mar 2018)
Ambitions
To win gold at the 2020 Paralympic Games in Tokyo. (paralympics.org.nz, 12 Feb 2021)
Impairment
She was born with a shortened left arm below the elbow. (Athlete, 06 Nov 2019)
Other information
COACH
She has coached junior athletes at the Athletics Taieri club in Dunedin, New Zealand. (odt.co.nz, 07 Sep 2016)