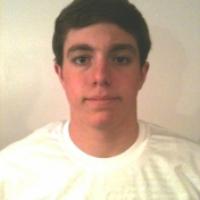 When and where did you begin this sport?
He took up para-swimming at age seven in Baltimore, MD, United States of America.
Why this sport?
He became friends with a swim coach at a local YMCA, who would lower him in the pool and got him hooked on the sport.
Club / Team
University of Southern California: Los Angeles, CA, USA
Name of coach
Dave Salo [club]; Erik Posegay [personal], from 2012
Training Regime
He swims at least 60km a week.

He was voted the International Paralympic Committee [IPC] Athlete of the Month for April 2013. (paralympic.org, 15 May 2013)

He was named Maryland Swimmer of the Year in 2010 and 2011. (berecruited.com, 2012)
Other sports
He has competed in national able-bodied swimming events. (swimswam.com, 09 Oct 2013)
Impairment
He was born with cerebral palsy as a result of brain injury while in utero. He has undergone muscle lengthening surgery on his lower limbs, as well as serial casting and Botox injections. (swimmingworldmagazine.com, 23 Jul 2015; teamusa.org, 22 Aug 2012)
Other information
RECLASSIFICATION
In April 2015 he was informed that he would no longer be able to compete under the S10 classification, following re-examination of his impairment by the International Paralympic Committee [IPC] after his 18th birthday. He was first classified in 2012 as an S10 swimmer, which is considered to be the class with the least-impaired athletes. With no other class below S10, he will no longer be able to compete in most of his preferred events. He was told he could continue to compete in breaststroke, for which he is classified SB9. He and US Paralympics appealed the reclassification, but a second panel of IPC classifiers upheld the decision, saying his impairment no longer impacted him enough in the water for S10 classification. He was able to continue SB9 classification for breaststroke because asymmetry in his legs prevents him from kicking properly. "I just keep thinking that my name will always have an asterisk. I mean how can you have a guy with world records and gold medals and then not have him compete? It hurts me a lot." (espn.go.com, 15 Jul 2015)

PERSONAL LOSS
He dedicated the gold medal he won at the 2012 Paralympic Games in London to Alec Cosgerea, a friend who died in a car accident in July 2012. (baltimoresun.com, 12 Sep 2012)