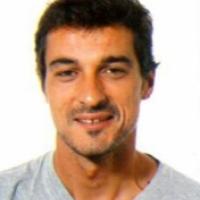 Hobbies
Surfing, rock climbing, painting (Instagram profile, 01 Nov 2017; diariodeunchurfer.com, 30 Oct 2016)
Injuries
In November 2016 he suffered a hand injury which sidelined him for two months. (berria.eus, 30 Jan 2018)
Sporting philosophy / motto
"A disadvantage has to be treated to overcome." (diariodeunchurfer.com, 30 Oct 2016)
Ambitions
To compete at the 2022 Paralympic Winter Games in Beijing. (berria.eus, 30 Jan 2018)
Impairment
In May 2005 he suffered a brachial plexus injury in a motorcycle accident, resulting in an impaired range of motion and loss of feeling in his right arm. He has also experienced phantom pain in the limb. (diariodeunchurfer.com, 30 Oct 2016; berria.eus, 30 Jan 2018)
Other information
FILM STAR
A film including a focus on his surfing activity named 'Sunyata Lapse' was selected to be shown at the 2013 New York Surf Film Festival in the United States of America. (longboardretrodays.blogspot.co.uk, 08 Nov 2016)