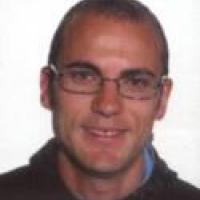 When and where did you begin this sport?
At age 18 he began competing in Para athletics. He took up Para cycling in 2013.
Why this sport?
He has been involved in a number of sports from an early age, including athletics, football, and skateboarding. He took up Para cycling following the 2012 Paralympic Games in London, after a hip injury prevented him from competing in Para athletics. "I had 14 years in my career and it was time for a change. Cycling had always drawn my attention."