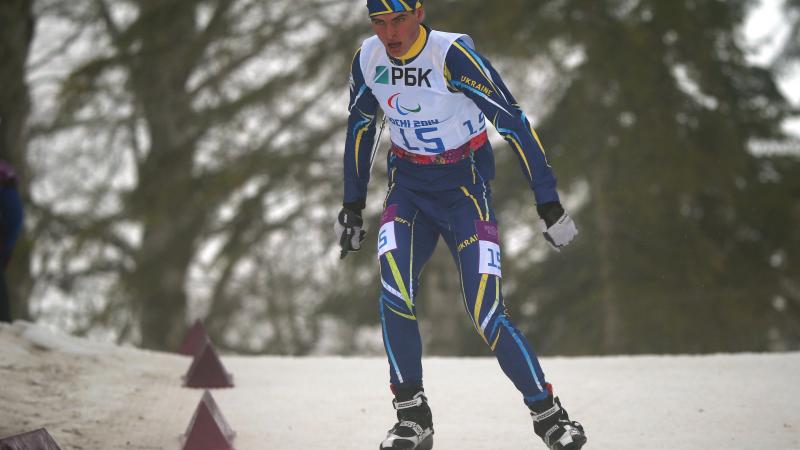 Ihor Reptyukh had a season to remember as he won his maiden Winter Paralympic title at PyeongChang 2018. The Ukrainian Nordic skier was the fastest in the men’s cross-country long distance standing.

The year before, Reptyukh could not defend his biathlon long distance title at the World Championships in Finsterau, Germany. Instead, he climbed to the top of the podium in the cross-country short distance and long distance events.

With more than 1,000 points amassed during the 2016-17 World Cup, he also claimed the overall men's cross-country standing title for the season.

With vast experience on the Para Nordic skiing circuit, Reptyukh has shown ever-improving form. Competing in the 2011-12 cross-country World Cup, he finished in 19th place overall in the men's standing. Just a year later, he had risen to ninth place.

As if that was not enough, Reptyukh left an impression on his opponents on his World Championships debut in 2013, winning one gold and one bronze in biathlon.

In 2013-14, Reptyukh stood on the World Cup podium six times contributing towards two top-ten finishes in both cross-country and biathlon standings.

But with four top ten finishes including silver in the relay, the youngster showed he could perform at the highest level before going on to win his second world title in 2015.

He retained his place among the top skiers in 2015-16, finishing in the top five in the biathlon World Cup.

When and where did you begin this sport?
He began the sport in 2010 in Chernihiv, Ukraine.
Why this sport?
He got into Para sports through athletics and swimming, but as he could not satisfy classification requirements in either he switched to skiing and biathlon. "This sport has always been interesting to me. And I can represent my country at the international level in this sport."
Club / Team
Invasport: Chernihiv, UKR
Name of coach
Vasyl Mukshyn, UKR; Oleksandr Semenov, UKR

He has received the title of Master of Sport of International Class in Ukraine. (dsmsu.gov.ua, 31 May 2018)
Impairment
At age five he severely cut his hand at home in an automatic food cutter, and lost all the fingers on his left hand. (despravda.com, 02 Oct 2013; Athlete, 15 Mar 2014)
Other information
FAMILY FIRST
He withdrew from competing during the 2018/19 season due to the birth of his youngest daughter Zoriana in 2018. (Athlete, 05 Dec 2018)