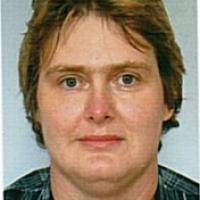 Injuries
During her athletics career, she has torn her Achilles twice and required 15 operations on various knee problems. (tagesspiegel.de, 24 Dec 2011)