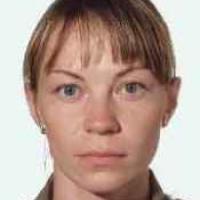 When and where did you begin this sport?
She began skiing at age 12 in Petropavlovsk-Kamchatsky, Russia.
Why this sport?
Her mother put her into a school for children with impairments after her accident, and it was there that she began skiing. She made the Russian national youth team in 1995 at age 16, and three years later competed at the 1998 Paralympic Winter Games in Nagano.
Club / Team
Specialised Youth School of Olympic Reserve: Shukolovo, RUS
Name of coach
Natalia Brusova [personal], RUS; Alexander Nazarov [national], RUS

Hobbies
Music, playing the piano. (sportbox.ru, 30 Dec 2013)
Memorable sporting achievement
Winning two silver medals at the 2014 Paralympic Winter Games in Sochi. (Athlete, 12 Feb 2015)
Most influential person in career
Coach Nadezhda Chernova. (Athlete, 12 Feb 2015)
Hero / Idol
War veteran Toni Lochner, a German soldier who lost a leg while fighting near St Petersburg, Russia in World War II. He gave Medvedeva a special ski pole and inspired her to achieve success. (ski-medik.com, 01 Feb 2013)
Sporting philosophy / motto
"Every year in our country 1000 children are born or become disabled. Often their parents are lost and don't know what to do. Believe me, the best rescue for the child is sport. Only sport can pull a child out of the vicious circle of self-pity. Only sport helps the disabled not to feel like they are not part of this party that is life." (dislife.ru, 01 Feb 2013)
Awards and honours
She holds the title of Honoured Master of Sport in Russia. (ampgirl.su, 22 Oct 2013)

For her performance at the 2014 Paralympic Winter Games in Sochi, she was awarded the Order of Friendship by the president of Russia. (kremlin.ru, 17 Mar 2014)
Ambitions
To win a medal at the 2015 World Championships in Panorama, BC, Canada. (Athlete, 12 Feb 2015)
Impairment
At age 11 she was hit by a truck while returning home from school. She was knocked head-first into a column along the side of the road, and ultimately had to have a leg removed from the hip due to her injuries. The driver who hit her fled the scene but was later apprehended. (themoscowtimes.com, 2009; ski-medik.com, 01 Feb 2013)
Other information
POST-SOCHI RETIREMENT
She quit the sport out of frustration for a period of two years, before making a comeback. She planned to end her sports career again after taking part in the 2014 Paralympic Winter Games in Sochi. "Maybe I will do teaching or will try to find a job in commerce. But what job I will do is secondary, I primarily just want to have enough time to be a mother to my daughter." (ampgirl.su, 22 Oct 2013; rezeptsport.ru, 01 Feb 2013)